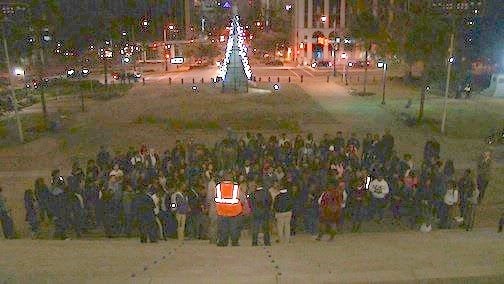 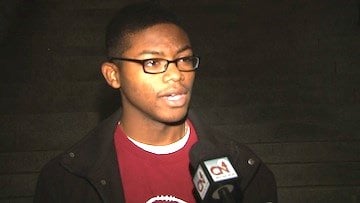 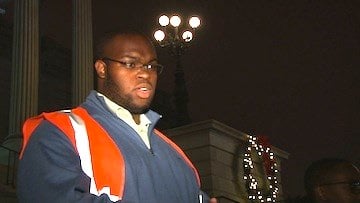 More than 100 students and members of the Columbia community marched from USC's campus to the Statehouse in honor of Michael Brown. They were protesting the grand jury's decision not to indict the police officer, Darren Wilson, who shot and killed Brown. The demonstrators held a memorial service for Brown on  the Statehouse steps.

Poet Da'ron Hicks expressed his feelings in a poem he wrote.
?

"These tears are temporary but the pain is still real. So stand up. Fight for what you believe in, but fight for something real," Hicks recited.

Hicks hopes his words have a positive impact on people.

"We as a people need to stand up for things that are right, things that are actually going to make a change, versus doing violence but it's not really helping anyone so we need to try and do a positive change in the world," Hicks said.

A moment of silence was held for Brown, to reflect on his death.

"It's up to us to turn the pain that we're feeling from all the lives that have been lost, turn that pain into promise, that pain as a promise for our children and their children," organizer Courtland Thomas said.

Protestors were given rocks symbolizing black people killed by police officers. Organizers wanted to send the message that protests should be done peacefully.

"They're going to walk away more educated. A lot of kids when they came out tonight were more irate and upset about the dealings and what's been happening, but after tonight I feel that they're walking away with more of a sense of empowerment," says Hicks.

The goal of the march was to foster better relations between police and minority neighborhoods.

The Justice Department's investigation into the shootings of Michael Brown is still ongoing.