Gamecocks and Tigers are out for blood - DatelineCarolina 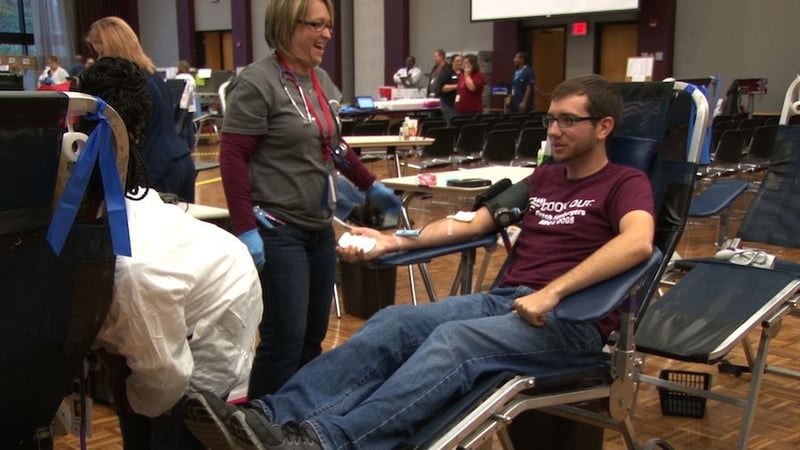 Gamecocks and Tigers are out for blood 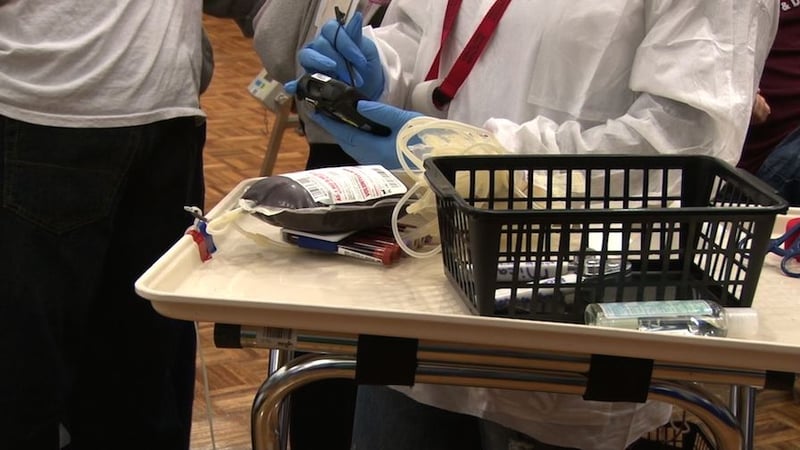 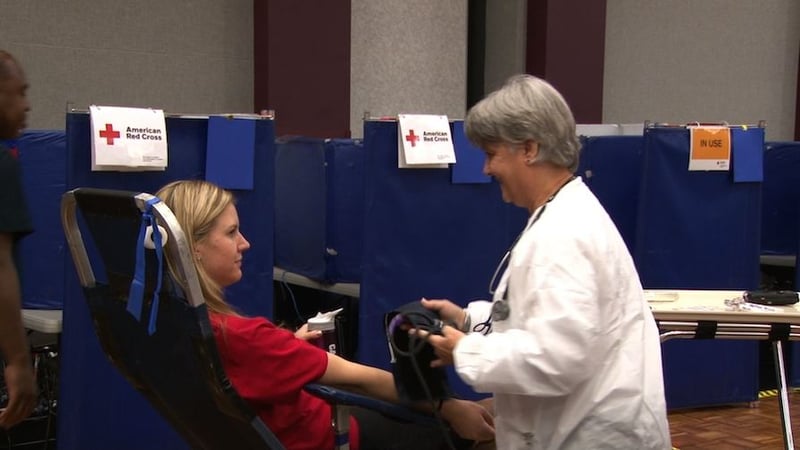 Donating blood is an easy process. After signing up participants take a mini-physical before giving blood.

The 30th annual USC - Clemson blood drive kicked off on Monday to see which school can collect the most blood.

The drive is held annually the week before the Carolina-Clemson football game. Not only is huge significant time of year for Carolina and Clemson fans, but this time of the year is when blood supplies are the lowest.

USC has won the blood drive competition six years in a row. Last year's win was a tie-breaker for USC giving them 15 wins to Clemson's 14.

USC senior, Luke Glymph, has been donating since he was a freshman and hopes Clemson will remain defeated.

"Oh yeah I want to beat Clemson! I want to be undefeated against Clemson during my time here," Glymph said.

This year Clemson has more of an edge to win because of newer, fairer rules.

"So this year they changed the guidelines and we now have to do it on percentage instead of pints. It's even more important that we donate this year because their school is so much smaller than us. It's so much easier for them to get the levels that they need," volunteer Kristen Dewey said.

Despite the tensions between the two rival schools, American Red Cross nurse Julie Janke says this blood drive is more than a competition.

The winning school will get bragging rights for a year.

Students can donate all week. The blood drive closes Friday at 7:00 p.m. USC hopes to get 4,000 students to participate. USC asks student to get a good meal and drink plenty of water before they come.

The Red Cross says people get busy and distracted during the holidays. Kevin Rodman is the American Red Cross team supervisor. He encourages everyone, not just students, to take some time to give and give often.

"People should continue to give blood either on daily or monthly basis... its because shelf life of the blood only last a certain amount of time," Rodman said.

Donated blood is only good for 45 days. It is recommend you wait at least three months between blood donations.

For dates and times of the 30th annual blood drive visit the USC Fraternity and Sorority Life web page. For more information about the American Red Cross and its blood drives visit their website or call 1-800-RED-CROSS.