Coach Dawn Staley’s recruiting ways has the Gamecocks track to contest for a national championship. 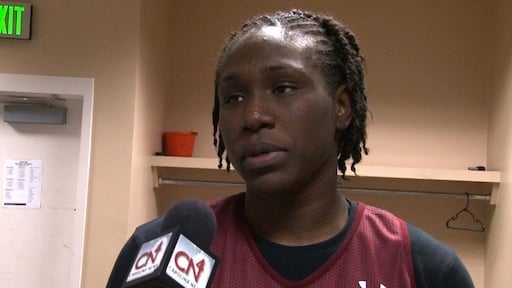 Lisa Welch says it was coach Staley's honesty that brought her here. 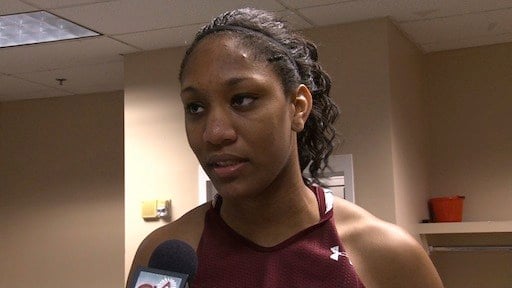 Aja Wilson last year's number one highschool prospect said it was Staley's laid back approach that made it a no brainer.

Some experts claim the University of South Carolina women's basketball program had been one of the worst programs in the conference for years. But that changed when head coach Dawn Staley showed up.

Staley is a three-time Olympic gold medalist who has appeared in the WNBA finals. She is a Naismith Memorial basketball Hall of Famer and many consider her the best female point guard to every play the game.

Staley's players say this is one of the major reasons they decided to come play at South Carolina.

“ I just try and be a mentor to the players and tell them the truth and be real with them and I think they respect that” says Staley.

Lisa Welch is a senior forward on the lady Gamecocks. She says  Staley's history was a plus for her, but Staley's honest during her recruitment was more important

” She didn't sugar coat anything she sit in my living room talked to me and my mom and she told me straight up its going to be a process it's going to be different and different than what other coaches are telling you” said Welch.

Staley has delivered on her promise to Welch, who has been an All-American since she stepped on the campus.

One player as well hopes to gain the same honors, as Welch is the number one overall high school player in the nation Aja Wilson. Wilson says she fell in love with coach Staley's ways because it was different than any other coach who was recruiting her she says Coach Staley gave her room to breath and make her own decision.

“ She was laid back she didn't really blow up my phone a lot she was kind of if I every needed her she was always there so that was really the biggest thing that stood out to me, she wasn't lie every other coach,” said Wilson.

Staley says her approach to recruiting is simple: build a family atmosphere.

“We build relationships it's a family atmosphere from meeting the president Pastides to meeting coach Tanner who is our Athletic director to meeting the janitors,” says Staley.

Coach Staley hopes that this family atmosphere is what will help her team gel together and bring a national championship to South Carolina.