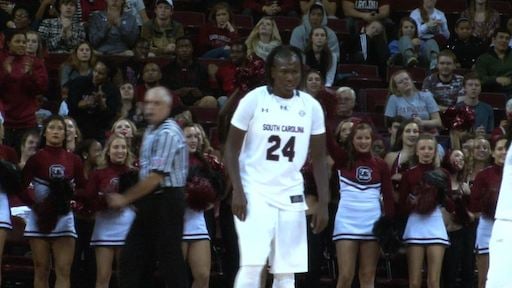 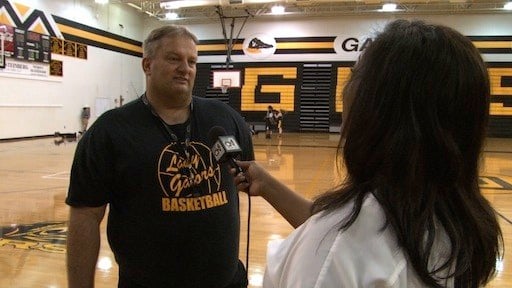 Coach Baldwin says Aleighsa's main concern is scoring points on the scoreboard to win basketball games and she know it takes a team effort. 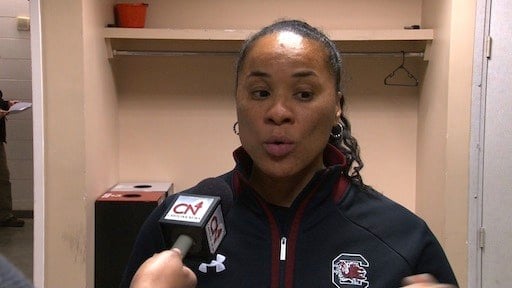 Coach Staley says the team wants Aleighsa on the court leading them because of her relationships on and off the court with the team.

Aleighsa Welch's voice is the loudest on the basketball court and in the lady Gamecock huddle because she is one of the leaders chosen by her teammates. She has been team captain for three years and has been in the USC starting lineup since she was a sophomore.

Her love of basketball all began at age five.

“I started off with soccer and that didn't work. My older brother played basketball and I kind of wanted to take after him.” said Welch.

Welch grew up in Goose Creek where she led her team to its first state championship in 2009. She had 36 points and 15 rebounds in the championship game.

“I knew she was going to be better than just a basketball player but a leader as well,” said Baldwin.

Welch's leadership skills have transferred to the collegiate level. She is rated number seven in ESPN's Top 25 College players in the nation.

Welch says she has always tried to keep up the energy for the team when everyone's down.

“I try to remain vocal and remain that one constant voice.” she said.

Welch has earned several honors over her basketball career at USC including:

“A lot of what you see on the court was built off the court with building great relationships with the other girls” said Staley.

Staley says Welch communicates well with not only her teammates but all types of people.

The Lady Gamecocks won the SEC Championship last year and are pre-season picks to win the SEC title again this year.

Welch's goal this year is to help bring home USC's first National Championship and move on in her basketball career to the 2015 WNBA Draft.