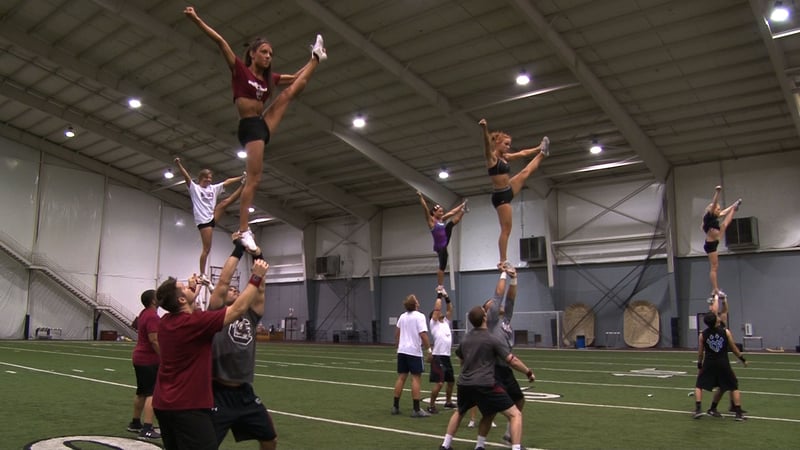 The cheerleaders practice over nine hours a week working on new skills. 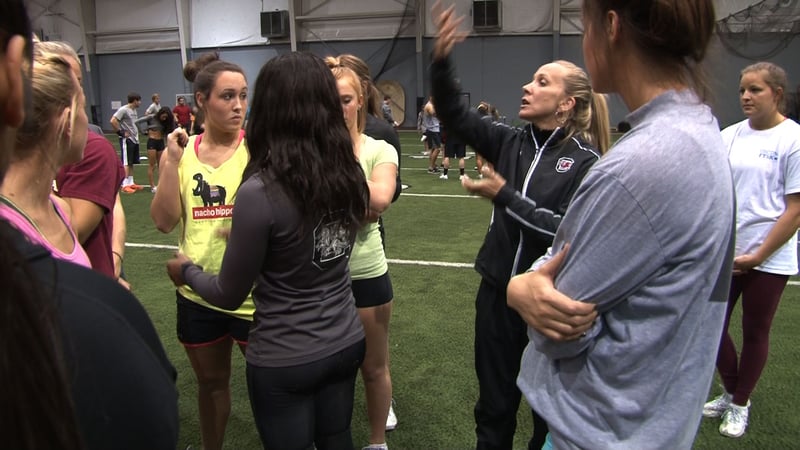 Head coach Erika Goodwin goes over pyramid counts with a group of girls.

What would the traditional football game be without cheerleaders?  Sideline cheerleading has been around since most can remember but as competitive cheerleading continues to grow, these athletes wonder when their hard work will be recognized as an NCAA sport.

The University of South Carolina cheerleaders say they put in just as much work if not more than most of the sports team members at the university and they want it to be noticed.

Taryn Applebaum is a member of the co-ed team.  She says the complicated skills they're working on are much more impressive than what people are used to seeing on the sidelines.

Robyn Lubisco is a sports professor at Fairleigh Dickinson University, who has been studying competitive cheerleading for years.  She says cheerleading doesn't qualify as an NCAA sport not because it's not hard enough, but because it doesn't meet one specific requirement in the rules.

"There are five qualifications and cheerleading falls short in just one of them.  That is the fact that their primary focus thus far is in a support capacity and not in a competitive capacity, hence sideline cheerleading," said Lubisco.

Competitive cheerleading was created in the 1960s and has transformed from simple game-day routines, to complex technical gymnastics skills that take years of practice to do well.  Stephen Burnam is a member of USC's co-ed team who says that is exactly why he joined the team.

"For the people who think it's not difficult and they can just come out here and do it in one try.. I would just tell them to come out and try it.  It's not easy at all and I'm here for the competitive aspect - not the sidelines," said Burnam.

Erika Goodwin is the head cheer coach at USC.  She says she understands what her athletes are going through because she went through the exact same thing.

"Cheerleading is in a tough place because we enjoy not only the competitive aspect where we get to compete against other teams with what we do.  But we also love supporting out athletics teams," said Goodwin.

She continued to say cheerleading is growing and gaining respect but it will take time to figure out how to mix together the old with the new.