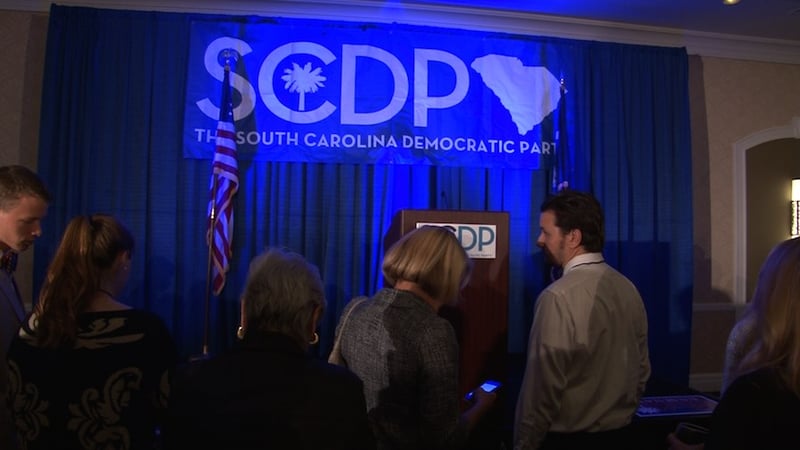 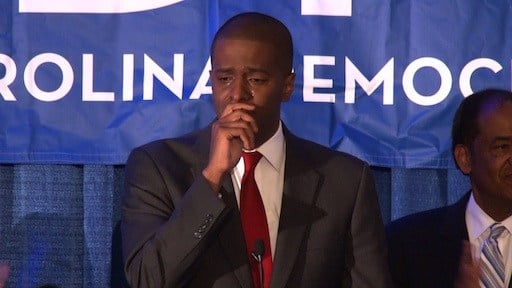 Bakari tears up as he assures his supporters that he's not going anywhere. 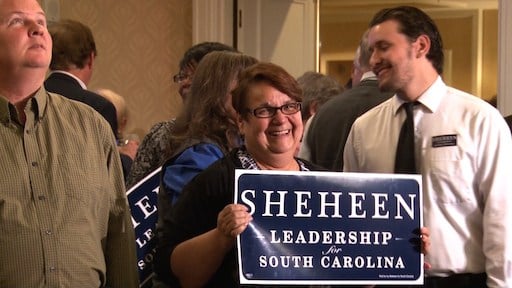 Phyllis Harris says Nikki Haley will wish she had lost the Governor's race.

Tuesday night was a tough one for South Carolina Democrats as Republicans swept all statewide races.

Democratic Senator Vincent Sheheen lost to Republican Governor Nikki Haley in the governor's race by 15 percentage points. In his concession speech Sheheen said nobody wanted to win more than him but this was not a defeat.

"It's not about what South Carolina was or what it is, it's about what it can be.  So we're at a victory party. And for the past two decades we've only been getting the party right. But soon comes the victory. We plowed the soil. We worked so damn hard. And I'm not going anywhere," Sellers said.

The candidates who spoke were upbeat but there was frustration among the supporters.

Phyllis Harris, Democratic Chair for Kershaw County says Nikki Haley is going to have to put in a little extra work.

Republicans will maintain control of South Carolina's legislature. But Democrats say regardless of the party affiliation, all South Carolinians have to work together to do what is best for the people of this great state.