The Republican party celebrates after a big win Tuesday - DatelineCarolina 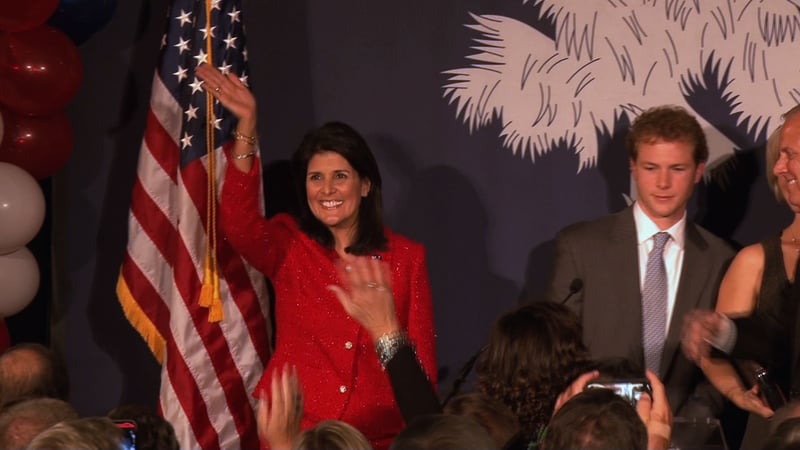 The Republican party celebrates after a big win Tuesday 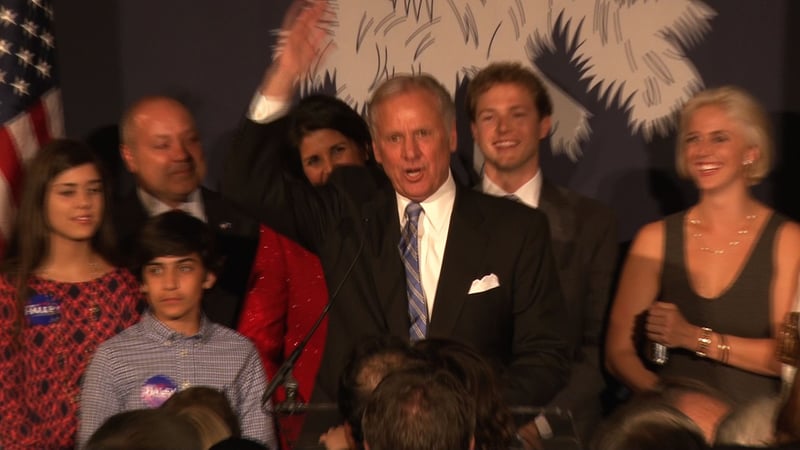 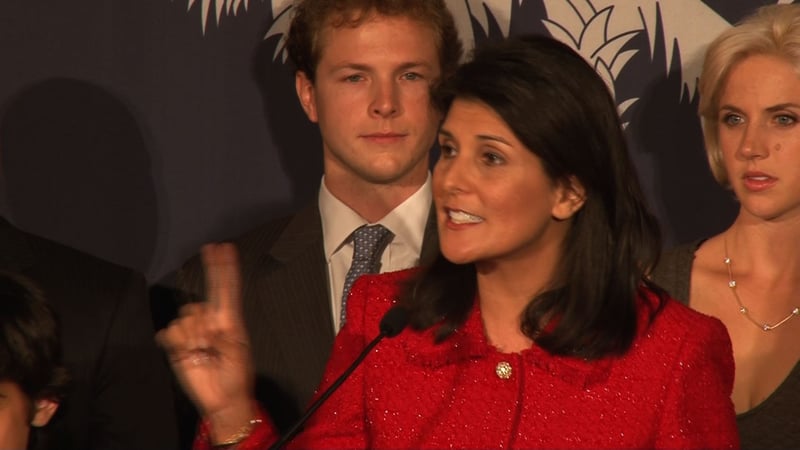 Tuesday night Midlands republicans gathered in the Sheraton ballroom anxiously waiting for the final votes to be tallied.

At 7:02pm it was announced that Nikki Haley had a large lead over Vincent Sheheen in absentee voting.  As the hours passed, her supporters had reason to celebrate, as Nikki Haley was re-elected to serve her second term as South Carolina Governor.

"We like it, we love it, we want some more of it," said McMasters.  "Well now we have it, South Carolina is going straight to the top.  The best is yet to come."

Haley began her speech saying her biggest thank you goes to the people of South Carolina.

Republican supporters at the event claimed this is the party they've been waiting for and they're not surprised that Haley won the election by landslide.  John McLean is a voter and he says he's been a fan of Nikki Haley since she got here.

"That's what we need in South Carolina.. a leader.  And that's what she's been," said McLean.

Haley continued her speech promising the people of South Carolina that she's not done making changes with the economy.

"And jobs.. boy we love jobs and the rest of the country knows that we love jobs.  We are on fire in South Carolina when it comes to jobs," said Haley.

She says she helped create 57,000 jobs in 45 out of 46 counties during her first four years a governor, and she says it's her commitment to the state over the next four years to focus on giving people more opportunities and the training they need to land the job they've always wanted.