Dreher, Camden no longer on probation, will play Friday - DatelineCarolina 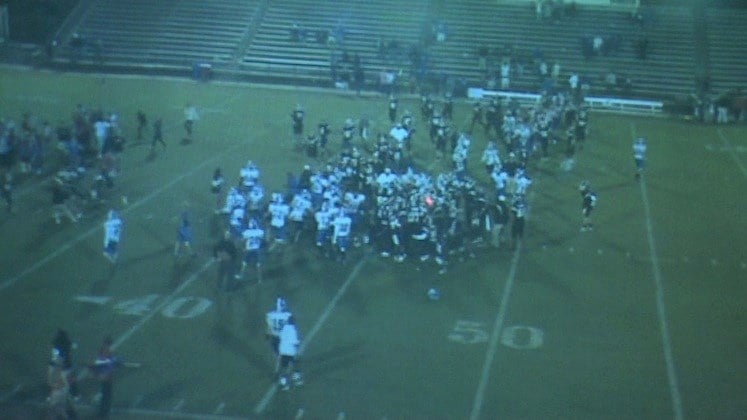 Dreher, Camden no longer on probation, will play Friday 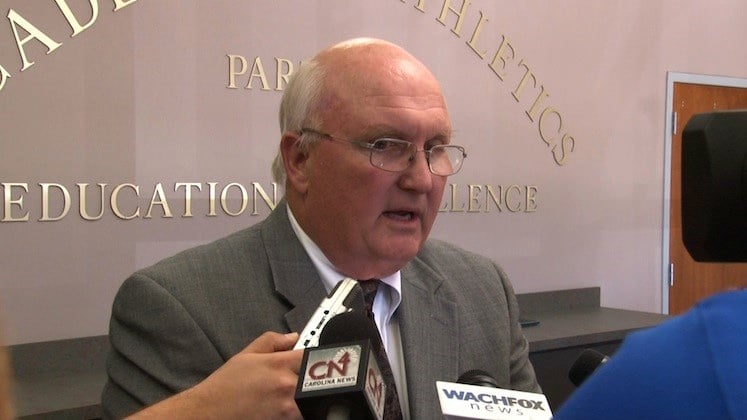 Camden Head Football Coach Jimmy Neal speaks to the press after texting his team to be ready to practice Monday afternoon. 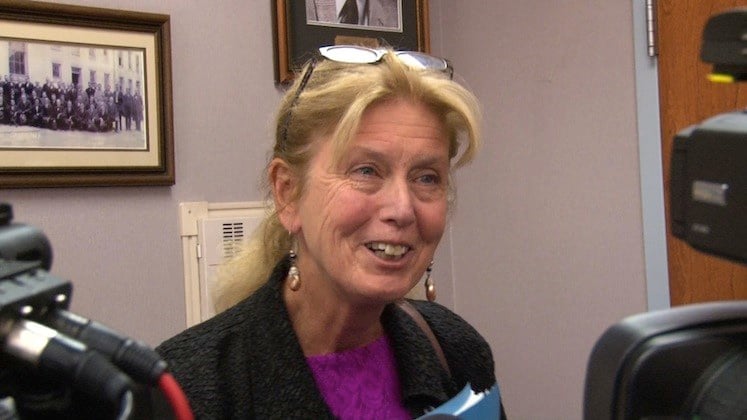 Dreher Principal Jeanne Stiglbauer expresses her relief after the 6-0 vote to re-instate the Blue Devils into the playoffs.

Dreher and Camden high schools are playoff eligible after all! A South Carolina High School League appeal panel overturned their probation Monday morning. Disciplinary action was originally taken against the high schools after a fight broke out among players after their Oct. 17 game.

What originally looked like post-game handshakes turned into multiple skirmishes. Two adults were assaulted by rival players. Both players face charges of assault in the third degree. The League placed both schools on probation from the post-season and from taking part in next year's preseason jamborees.

The appeal panel cited a rule from paragraph sixteen of the League's rules and regulations for unsportsmanlike conduct. It reads:

"..in all situations of unsportsmanlike conduct committed by the school's coaches, bench personnel and/or players, sanctions should be issued against the individuals as opposed to the entire team, if at all possible..."


Both schools dished out punishments to the individuals that were identified by Camden Police and the High School League's investigation, leading the panel to believe probation for the entire team was too severe.

They dropped the charge to restrictive probation, allowing both teams to compete in the 2014 post season and only restricting them from summer leagues and activities.

After the ruling, Dreher Principal Jeanne Stiglbauer said, "We're very pleased to have the opportunity, as I say, for those who've done the right thing all the way through the process to move forward.. I'm sure it was draining for all involved."

Camden Head Coach Jimmy Neal showed his appreciation for the support the team received through the appeals process from the Camden community.

"Everybody's going to be real excited.. I mean they've been going around with t-shirts on campus saying 'Camden Strong' and things like that... 'Free Jimmy'.. It's a neat thing," he laughed.

Both schools were relieved to see that players who joined the melee in order to break it up would not be punished for trying to do the right thing.

This Friday night the Camden Bulldogs will take on Belton-Honea Path and the Dreher Blue Devils will travel to Berkeley High School for the first round of the 3A High School State Championship Playoffs.