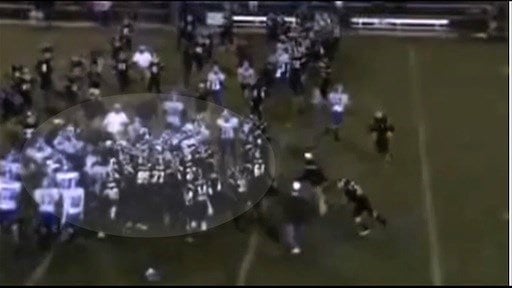 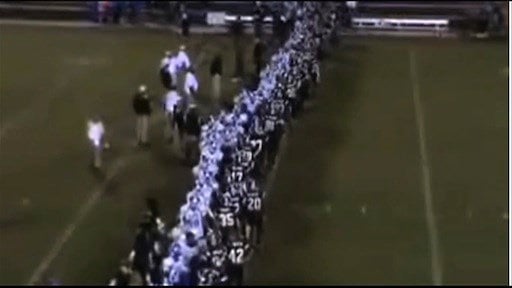 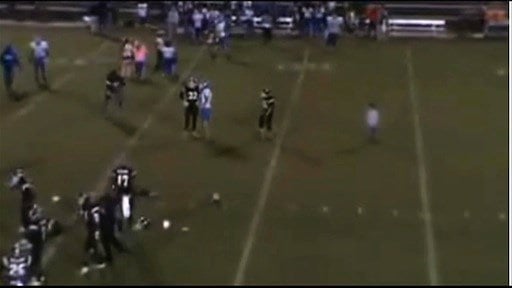 Players from Camden and Dreher stand together watching the brawl

The Dreher High Blue Devils and the Camden High Bulldogs are being banned from postseason play by the South Carolina High School League after the October 17 brawl between the two schools.

An administrator from Camden High was struck in the face during the fight, and the two students who began the brawl have been charged with assault by Camden Police.

Both schools have been place on one year probationary periods, during which both Camden and Dreher will be banned from any postseason play in 2014. Neither school can hold preseason jamborees for 2015. Both schools were also fined an undisclosed amount.

Efforts to reach both schools as well as the South Carolina High School League were unsuccessful. The two schools had appealed the initial ruling saying the penalty was too harsh. That appeal was rejected by the league's executive council.

The South Carolina appelate panel is hearing final appeals today. Both schools will release statements on the brawl at this time as well.