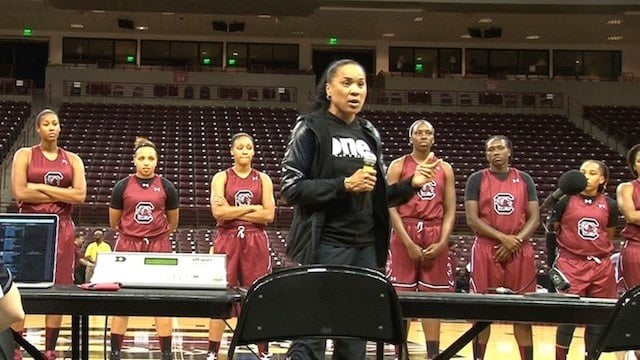 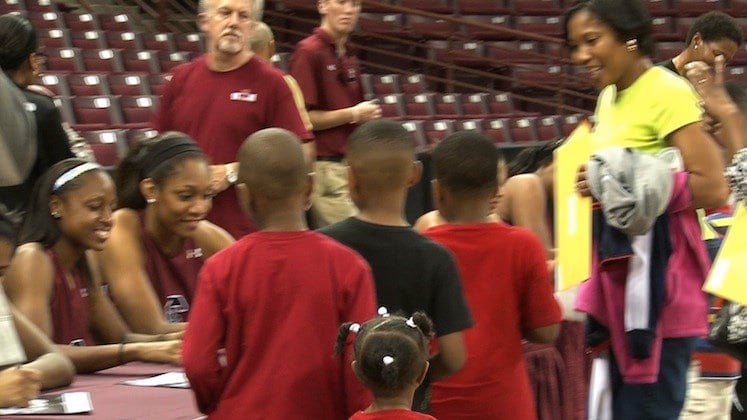 Fans were able to get their season ticket posters signed by the women's basketball team at the FAN-ily Fest. 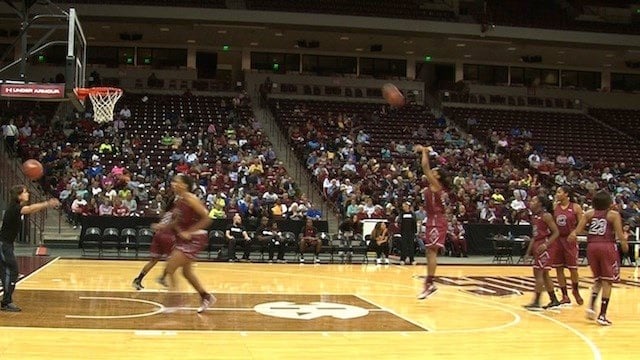 The team did competitive drills and showcased their personality while the audience cheered them on.

The University of South Carolina's nationally ranked women's basketball team hosted its FAN-ily Fest in the Colonial Life Arena Monday night to ramp up excitement for the upcoming season. Dawn Staley, her coaching staff, the players and USC announcer Brad Muller were all present. Players signed autographs and ran drills after fans were able to pick up their season tickets.

Six thousand season tickets have been sold and fifty more were bought at the Colonial Life Arena Monday night. This number squashes the "Drive for Five" campaign of 2013, where Dawn Staley pushed to reach attendance numbers around 5,000. She stressed the importance of fan support, and revealed their 2014 slogan "one."

Senior forward Lisa Welch suggested the significance of 6,000 fans should not be underestimated.

"Six thousand is a big deal in women's basketball, and that's just the season ticket holders," Lisa said.  "So we know we're going to have a great fan base this year."

The women's basketball team didn't lose a game at Colonial Life Arena last season, and went to the NCAA tournament. 2013 SEC coach of the year Dawn Staley said she doesn't see them losing a game at CLA this season either. The season opener will be at the CLA on November 15. The team has been picked to win the SEC this year.