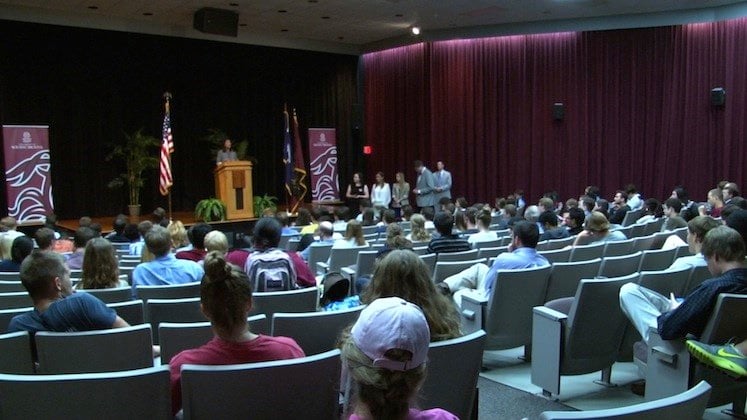 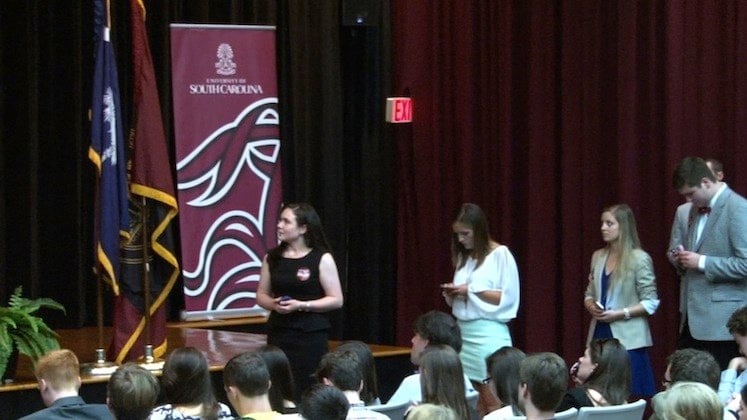 The event was hosted by University of South Carolina College Republicans. 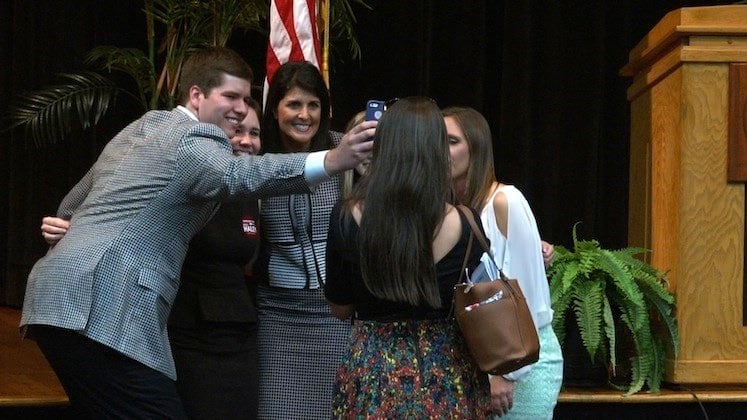 USC College Republicans were the last students to take a selfie with the Governor on Thursday night.

Governor Nikki Haley spoke to USC students about her accomplishments in office for the last term on Thursday.  The USC College Republicans invited Haley to speak and to answer questions from Twitter and the audience afterwards.

Gov. Haley addressed issues such as job creation, education and the economy. Students asked a wide variety of questions, ranging from supporting the arts to the common core educational standards.

"We thought it was a good idea for her to come speak because students don't really... they're not really her base," she said. "But for her to come.. it's a good gesture."

Gov. Haley allowed students to come up and take photos with her after the question and answer session. She also encouraged students go to the polls on Nov. 4 and spread the word to get out and vote.