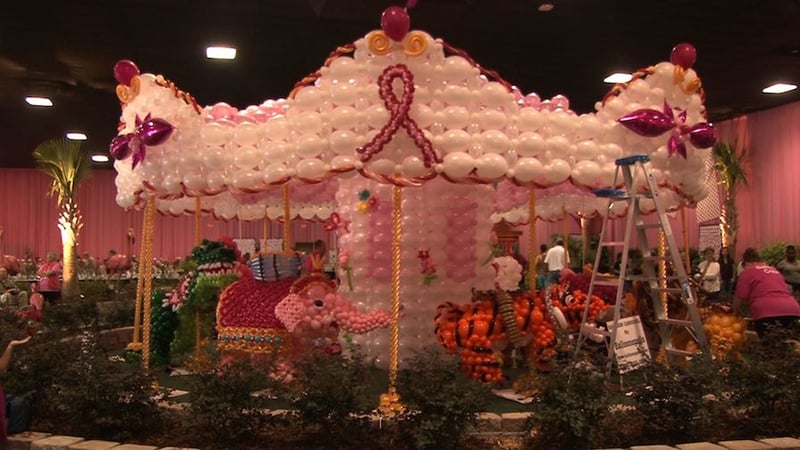 Many tiny visitors gathered around to take a look at all the balloon creatures. 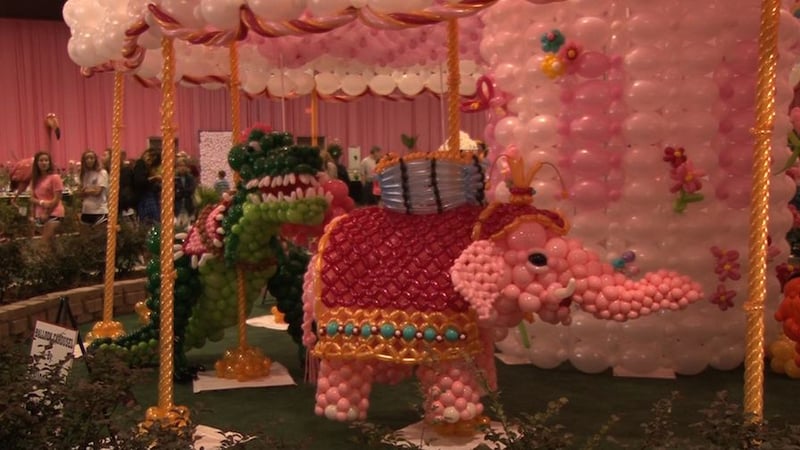 The staff spends plenty of time making these creations for them to be taken down in a matter of days. This pink elephant took over 25 hours to make.

Many of the South Carolina State Fair's popular attractions are located outside. But lots of people went indoors to get a glimpse at something more awe-inspiring than a deep fried oreo.

Co-creator, Janice Newborn said this is the first time the fair has ever featured this balloon creation.

The carousel also follows this year's fair theme of Think Pink, in honor of Breast Cancer Awareness month. It is a topic close to Newborn's heart.

“We were asked to go with the theme, but my husband's mother passed away from breast cancer in 2000. So its very meaningful for him," said Newborn.

The staff has been working on the carousel since the start of the fair and says they still have a unicorn and lion to add to the display.

Though it is not complete, the crowd that gathered by were wowed by the exhibit.

"I liked the T-Rex!" "I liked the lion." "I liked all of it I think its really great they could make this out of balloons," replied three children who were just passing through.

The best part of the job for Tara Wallace is getting those types of reactions. She has been making balloon creations for over 15 years.

“I get enjoying from the amazement people get by looking at it. And so it just gives us fuel and ideas for the next project," said Wallace.

The attraction will be up until the fair closes, when the workers will pop all the balloons down.

If you want to take a look at the exhibit before the balloons deflate, head to the Ellison Building on the fair grounds.