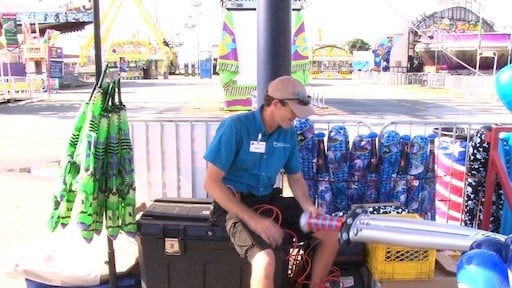 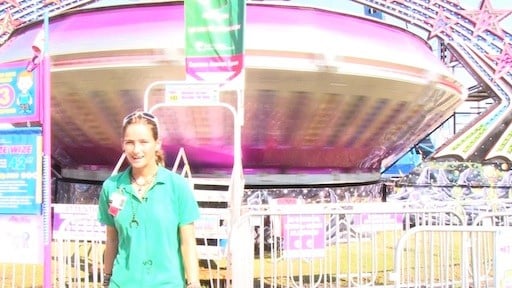 Brianna Miller has been working with the star-ship ride since she was 12. 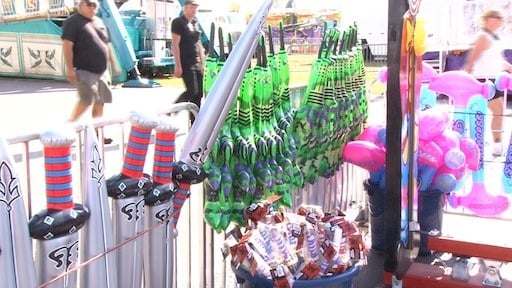 A wide variety of prizes that can be won at the fair.

Regardless how they got involved or where they're from, most agree their hectic and time consuming job becomes an addicting lifestyle.

Brianna Miller has been traveling with the fair since she was young.  She says, it's a family tradition.

"My grandfather started off in the Carnival business in the 60s.  It's been a part of my life since the day I was born.  I love it, it's awesome," says Miller.

Miller has been working on the star-ship ride since she was 12 years old.  She said this ride was her favorite one growing up, so she has always wanted to be in charge of it.

These workers travel all over Canada and the east coast for the five month fair season.

Joshua Christlieb is a game operator.  He has been a part of the carnival scene for eight years and says throughout his travels, one fair location sticks out in his mind.

"Calgary Alberta.  Yep, that's the Stampede.  It's hue, I mean the people that come here.  Talk about a packed midway," said Christlieb.

The workers have two more stops, after their stay in Columbia before they have the winter off.

"I keep coming back.  Once it's in your blood it's one of those things you say.. oh this isn't for me.. then two months before the season starts I decide to come back," said Christlieb.

Workers will stay in Columbia through October 19, then head to Bradenton, FL.