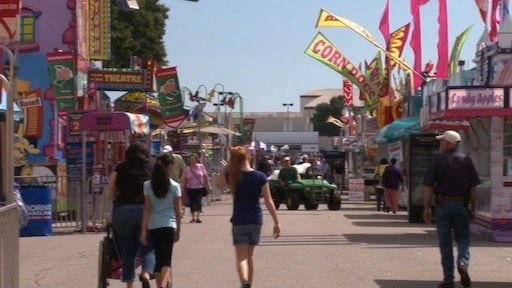 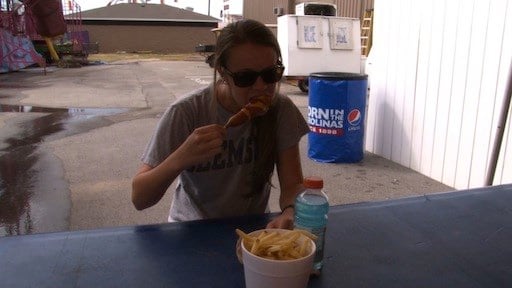 Corndogs are Anna Wilbourne's favorite food to eat at the state fair. 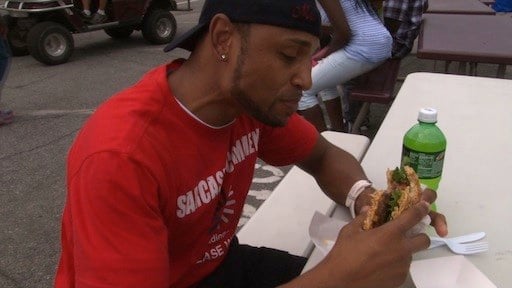 Samuel Pearson was excited to eat the ramen noodle burger for the first time.

The South Carolina State Fair has dozens of attractions including rides, games, concerts and animal judging.  One of the big things that brings people to the fair is the food.

"I'll probably ride a few rides, but mostly we come for the food," said fair-goer Anna Wilbourne on the fair's first day.

Some of the most popular menu items are things like funnel cakes, fried candy bars, and corndogs.  This year, the fair has four new offerings: a pecan cinnamon roll sundae, chicken and waffles, fried vegetables, and ramen noodle burgers.

"We do the burger with coleslaw and the Asian dressing.  If you want a traditional cheese, bacon, lettuce, tomato, pickle, onion you can have that," said Twisted Burger owner Cheryl Reas.

Samuel Pearson tried the ramen noodle burger and said it was worth it.

"It is good.  Burger is nice and moist.  The cheese and the bacon add flavor.  Thumbs up," said Pearson.

The fair will be in Columbia through October 19.