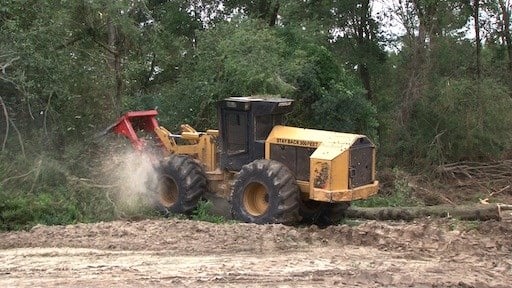 Timber farmers will receive reimbursement for damage after ice storm 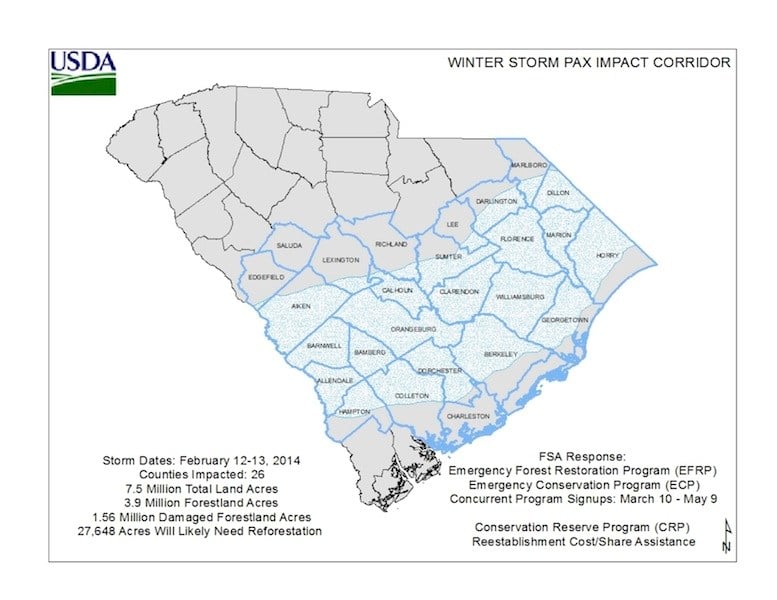 The U.S. Department of Agriculture will reimburse farmers in over 26 counties. 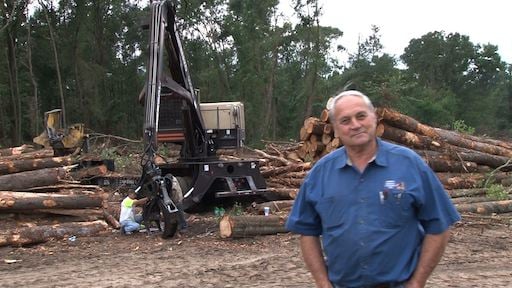 Land owners like Paul Gunter were happy to hear that they were getting reimbursement for all of the work of salvaging and reseeding.

The ice storms that hit last February ranked second in destruction only to Hugo, according to State Forester Gene Kodama.  Now there's some good news for timber farmers came last week after the U.S. Department of Agriculture allocated over $4 million in reimbursement for the replanting of trees in South Carolina.

The ice storm that hit last winter impacted over 24 South Carolina counties and did $360 million dollars worth of damage to the state's top cash crop…timber.

Immediately after the storm, President Barrack Obama declared the winter storm the week of Feb. 10  a natural disaster.  Fallen trees were salvaged, but many of the crops were completely destroyed. The South Carolina Forestry Commission's aerial and ground surveys of the land and determined 1.5 million acres of forest land were lost.

“There was some salvage that was done, but in a lot thankfully, there wasn't any salvage needed and there will just be fewer number of trees available for harvest,” said Russell Hubright of the SCFC.

The money was given to the Farm Service Agency who will distribute $3.2 million dollars to timber farmers for compensation for the work that has to be done to replant timber plantations. The replant is set to take place this Fall.