Divers search for man who jumped off 1-20 bridge - DatelineCarolina 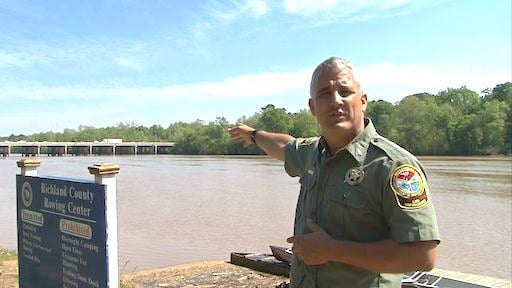 Divers search for man who jumped off 1-20 bridge 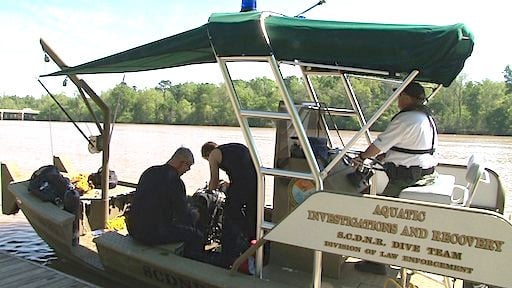 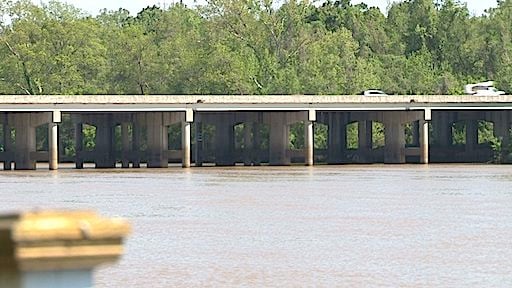 Witnesses say the man jumped between the third and fourth tiers of the I-20 bridge
By: Brie Nurse

Searchers are still looking for a man who witnesses say jumped off the Interstate 20 bridge Tuesday afternoon around 1 p.m. The witnesses say the man was driving on I-20 on the Broad River bridge, parked his car and jumped off between the third and fourth tiers of the eastbound lane.

Captain Chris Cowan with the Richland County Sheriff's Department says the man was last seen bobbing while awake and conscious in the water.   There is no evidence that the man left the river on his own, and Sergeant Rhett Bickley says his emergency diving crew is working hard to close the case.

"If the information isn't as accurate as we think it is, we may be 50 feet away from where it actually happened, in which case, we wouldn't find him with a dive, we'd just have to wait until he comes up," Bickley said.

Bickley says being 50 feet away from the desired area underwater is like being 50 miles away. He says finding a body based on a witness' tip is difficult, but says the team has set up markers for divers to search in areas closest to where the man could have drifted.

The Richland County Sheriff's Department is still investigating evidence left behind in the man's car. Police are not releasing any of the man's personal information until the body is found.