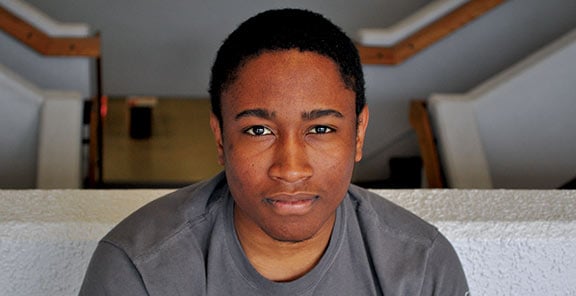 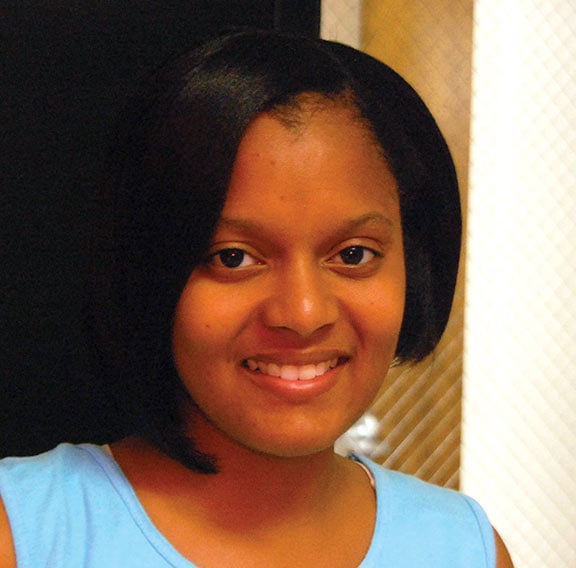 Candice Johnson, who is graduating from the business school in May, said despite the increase in guaranteed tickets, she will still try to reserve more to accommodate her large number of guests. Photo by Manny Correa. 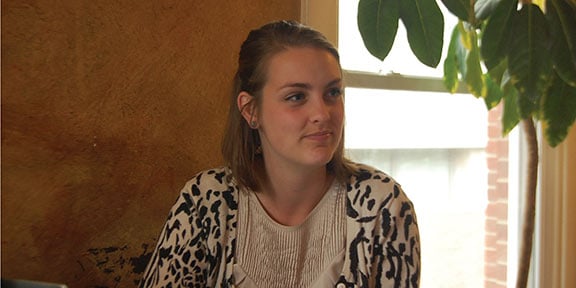 Sydnie Reynolds, who is graduating from the business school in May, said despite any issues regarding tickets, USC did a good job getting Joe Biden to speak at the May 9 ceremony. Photo by Manny Correa.

Phone calls and social media chatter paid off for USC students graduating on May 9, and for their families.

On Tuesday, the university announced that the number of guaranteed tickets per graduate would be six, not the four that had been announced on Monday.

The original decision of four tickets caused social media to buzz with complaints and confusion, spurring a petition demanding more guaranteed tickets that had almost 1,500 signatures as of late Tuesday evening.

Students say the increase helps a bit but doesn't fully fix the problems for some.

"It's a little bit better. I'm glad they're being proactive about it," said Candice Johnson, a graduating finance student. "But I'm still going to need two or three more tickets."

For De'Rio Briggs, a senior from Clio, S.C., the six won't come close to the amount of tickets he needs.

"I'm a first-generation college student, so a lot of people want to see me," Briggs said. "I had over 20 people that were supposed to come see me."

For others, the change is perfect.

"That's a lot better for me because I had six family members that were planning to come, so now I don't have to pick which ones I want to come," said international business student Sydnie Reynolds. "It is nice to see them working at it."

By late Tuesday afternoon, Hickman and Colonial Life Arena had made the decision.

They were able to open up a few more sections by rearranging the seating. The guaranteed amount of tickets was also six when then-president George W. Bush gave the commencement speech in 2003. That was the last time a ticketing process had to be used, said Hickman.

"We didn't know the demand would be this high," Hickman said.

Students will have to provide a printed list of names for both the guaranteed and on-demand tickets to ensure that only invited guests will be allowed into the ceremony. Guests, except for minors accompanied by a parent, must present a photo ID with their ticket to enter.

Students graduating that Friday are from the College of Mass Communications and Information Studies, College of Nursing, South Carolina College of Pharmacy, Darla Moore School of Business and the Arnold School of Public Health.

The two remaining graduation ceremonies on Saturday, May 10, will not have ticket limits for students and their families and friends. Boeing President James McNerny will speak at the 9 a.m. ceremony, and NASA Administrator Charles F. Bolden Jr. is the speaker for the 3 p.m. ceremony.

But those May 9 graduates are dreading the long lines and the potential of missing classes to pick up their tickets.

"It's going to be ridiculous," said Candice Johnson, a graduating finance student.

But Hickman said that students shouldn't worry and that he's confident the university will be able to accommodate everyone.

"We feel pretty certain there's going to be enough to accommodate any ticket requests," Hickman said. "I think there will be a significant amount of tickets left over."

Hickman added that Biden is not the reason that a ticket system was put in place. He said it has more to do with the amount of seats available and the large number of students, around 1,400, who are graduating.

"This is the largest commencement ceremony that we will have had in the history of the university, which is something that we should be really proud of," Hickman said.

With the prospect of bigger graduating classes in coming years, Hickman said, it would be a "year-to-year" process when it comes to future ticketing processes.

Hickman did admit that having Biden speak played a role, adding that some people who were on the fence about coming will now want to attend because of the high-profile speaker.

Some students placed a lot of blame on Biden, taking to Twitter to voice their displeasure.

"Hey @UofSC I would rather a different speaker or no speaker than only getting 4 tickets to graduation. It's our day not Biden's. Fix this," read one tweet.

While many students expressed disappointment at the short notice and limited amount of tickets, some found a silver lining.

"I think it's so cool that we have a vice president at the ceremony during my graduation," said Reynolds. "The university did a good job getting Biden to come. But I wish they would have told us they were in discussion, and there may be a limited amount of seating."

Hickman knows that the ticketing process is different than what many are used to but still encourages family and friends of the graduates to come to Columbia and try to attend the ceremony.

According to Hickman, the university will "possibly" set up a second location somewhere in Columbia where people could watch the graduation on video.

"If you've got reservations made, if you've got plane tickets booked, I would say still come," Hickman said. "We feel pretty hopeful that anybody that wants to get in will be able to get in. We think there is going to be plenty of tickets available for folks."