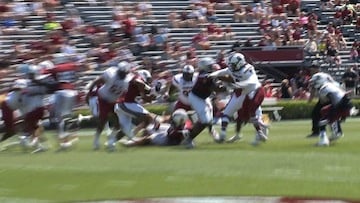 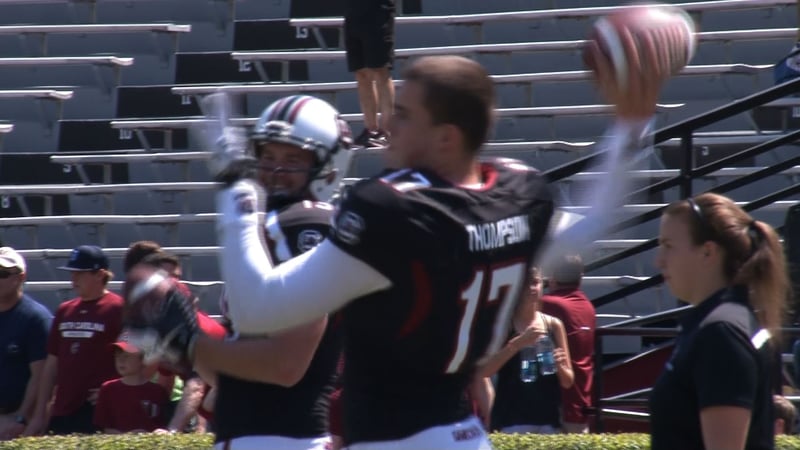 © Dylan Thompson will finally take the reins of the Gamecock offense after four years of waiting.

Gamecock fans got their last taste of football before the fall at the Garnet and Black spring game this Saturday.

Over 35,000 fans piled into Williams-Brice Stadium to see what is expected to be a new era of Gamecock football. For the first time in nearly three years the name "Connor Shaw" won't show up as the starting quarterback on South Carolina's roster. Instead, Dylan Thompson finally gets the stage all to his own.

The redshirt senior has been playing second fiddle to Shaw for the past two years, although he has shown that he can perform on the games biggest stages. Most fans will remember his performances against Clemson in 2012 and the Outback Bowl that followed.

He says playing in the starting role will be different for him this time around.

"Before today, every time I went in I felt like I had to make a big play or else I wasn't coming back in, now all I have to worry about is making first downs and eventfully scoring," Thompson said.

Thompson won't be alone in his efforts to keep the South Carolina offense running at top speed. He'll have a number of running backs and receivers coming back top help him, including 1,000 yard rusher Mike Davis. But Davis says the best weapons the offense has, are the guys blocking for him.

"They're all over 300 pounds, they get down and create space for me and the other guys, and really allow for us to do what we do best," Davis said.

Defensively the identity change could be even more dramatic. No Clowney, Quarles or Sutton means a completely new look on the defensive line, but defensive coordinator Lorenzo Ward says he's not worried about replacing stars.

The final score of the game was 28-10 in favor of the Black Team but the score was meaningless. It's about the growth and development of the players who will eventfully land into starting roles. Many of those "replacement" players have been on the squad for at least two years, head coach Steve Spurrier will only take that at face value.

Gamecock fans should savor what they saw this weekend, because all they can do now is speculate all summer until fall camp begins.