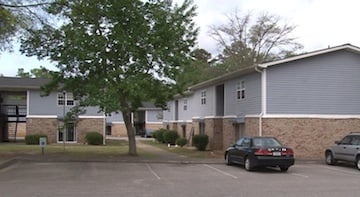 Woman is Recovering After Being shot Multiple Times in her home 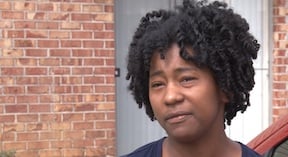 Amanda Ademovic is a neighbor of the victim and lives on the first floor of the apartment complex with the same sliding glass door. 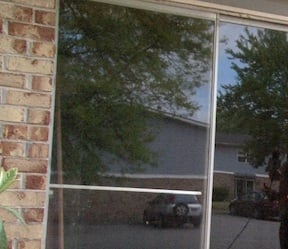 One of the sliding glass doors of Park Place apartments, similar to the one the suspect broke in through.

West Columbia police are searching for a man who broke into an apartment in Park Place early Sunday morning.

Police say the man entered the home through a sliding glass door with the intention to sexually assault her and her six year old daughter. The girl's mother fought the man off. He shot her several times and then fled.

Neighbors of the victim say they are staying alert.

Other members of the community say they are stunned to hear of anything like this happening so close to home.

"I never imagined something could happen in such a quiet and beautiful neighborhood as this one, and truly my heart goes out to that family," Diana Murray said.

Police say the woman is recovering in the hospital and is awake and speaking. Police believe the man is African American, about five foot five inches tall and weighing 150-165 lbs. The victim said the man was wearing a blue baseball cap, blue jeans and a dark rag covering his face. They encourage anyone with any information to call Crimestoppers at 888-CRIME-SC.