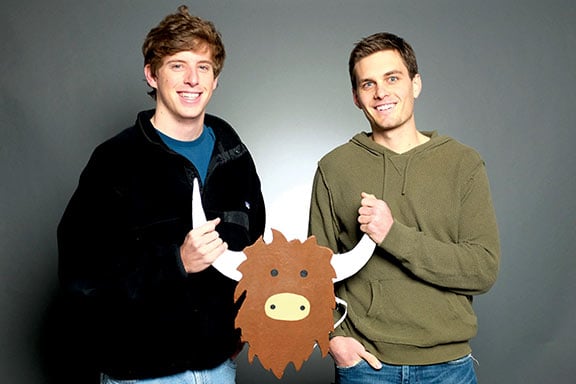 Yik Yak is a simple concept: a Twitter-like live feed of short, anonymous messages that can be up-rated or down-rated by users. It's location-based, meaning that you see posts from users within a few miles of you.

The app has had a controversial run in the press recently, as middle schools, high schools and universities across the country have decried it as a tool for easy, anonymous cyberbullying. The Washington Post, The Huffington Post, USA Today and student newspapers at such schools as Clemson University, the University of Texas and the University of Tennessee have covered Yik Yak's arrival, and Yik Yak's founders responded to criticism by disabling the app on 85 percent of the country's middle school and high school campuses.

But Tuesday night, users in the Columbia area saw something different on Yik Yak. Between complaints about impending exams and opinions about Greek life, someone posted a suicidal message, and others responded with messages offering support.

"Up this to show that poor boy how common strangers care about him and want him to be happy," read one message, encouraging users to click an up arrow, which moves the post higher in the feed. "No one should feel so low they disregard their own well being. We have to remind him of that. We are here."

"To the guy saying he's going to kill himself, I'm a junior girl at USC and I will come to wherever you are to talk to you and get you some help. Please do not hurt yourself it's not worth it," read another.

And finally: "The guy trying to hurt himself lives on the same floor I do. His roommate checked on him and ambulance took him to the hospital," another user posted.

There's no way to know whether the incident actually happened, but mental health experts confirm this is a stressful time on college campuses. The semester is drawing to a close, and exams and job searches loom.

News of the incident came as a surprise to Yik Yak co-founder Brooks Buffington, who graduated last year from Furman University.

"That's amazing," he said. "That's great that he was able to get help from people."

He said had never anticipated the app being used in such a way. Buffington, who created the app with fellow Furman student Tyler Droll, had envisioned it as a "giant virtual billboard," and it usually is.

"One of the reasons we don't have profiles is that we want people to feel like they're able to share anything," said Buffington. "Potentially, on a different social media, the right people might not have been friends with him on Facebook or followed him on Twitter, but since everyone in the area was able to see his message – wow."

"Obviously, it is an enormous prevention resource, especially with young people, so I think it cannot be overlooked," Soileau said. "It can be a very, very effective tool. We only hear about the cyberbullying, the bad cases, but it can work both ways."

What's important, she said, is for people to be educated in suicide prevention.

"I talk about these kinds of things in our community, and there is a belief sometimes that when someone posts something suicidal on social media, they're either not serious or they're looking for attention," said Jennifer Myers, assistant director of campus mental health initiatives at USC. "What we know about people who are suicidal is that they often give warning signs, a lot of times in the week going up to the event."

These warning signs aren't always straightforward, so people need to know what to look for, Soileau said. She listed a couple of examples.

"If somebody is obviously is depressed, and then they say something like, ‘Thanks, everybody, you've been real good to me, I'm checking out,'" she said. "If somebody mentions that they can't go on any longer. Recently, somebody posted a picture of a bridge in New Jersey and said they were thinking about jumping, and a friend noticed it and called the authorities."

The friend did the right thing, said Myers: Getting the person help from the right resources is critical.

"Sometimes the trouble with social media is that people respond with one-liners and think they're helping, but one line didn't cause suicidal thoughts, and one line isn't going to fix it," she said.

Social media plays a critical role in suicide prevention when users interact, even if users are anonymous: giving people a feeling of togetherness that can be a literal lifesaver.

This sense of community is crucial to bring up to someone who may be contemplating suicide, she said.

"The biggest thing when you are talking to someone is to let them know that you care, that you are supporting them and that you will not leave their side," said Soileau. "So if you can say these things in a very concise way on Twitter, that's what you need to do."

The National Suicide Prevention Hotline will connect callers to a trained counselor at a crisis center in their area: 1-800-273-8255