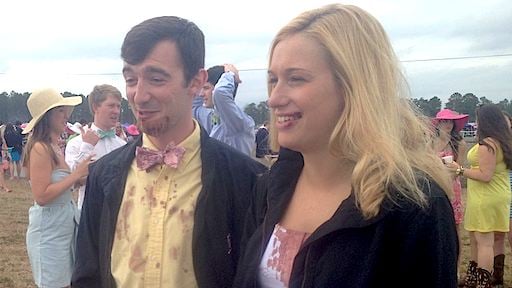 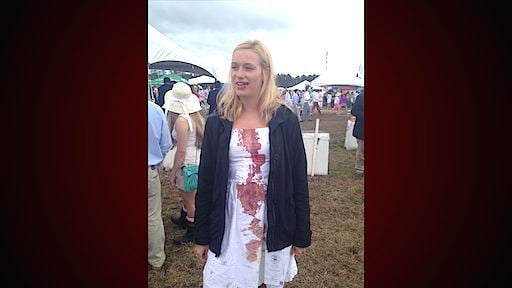 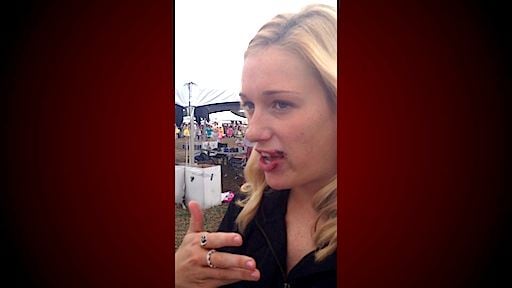 Interstate 20 was shut down for two hours this Saturday after two buses carrying USC Students headed to the Carolina Cup crashed. Six people were treated for mostly minor injuries after one bus swerved attempting to avoid a couch in the road and the other bus rear ended it.

Thomas Humphrey and his Cup date Liz Coleman both suffered cuts to their faces in the wreck. They say the crash seemed like a blur.

"As soon as I was hit I knew something was wrong, I felt pain...I thought my teeth were knocked out, I couldn't tell I was just in shock," Coleman said.

Blood stains from the cut on her face blotched her once white dress, and unfortunately matched her date's yellow button down.

Humphrey says there was lots of blood and both were rattled by the accident. Both were released from the hospital after getting stitches. The duo was determined to join the party.

" We just decided we weren't going to let the wreck ruin our day so we came here to Carolina Cup. We're not drinking too much though because we lost a lot of blood," Humphrey explained.