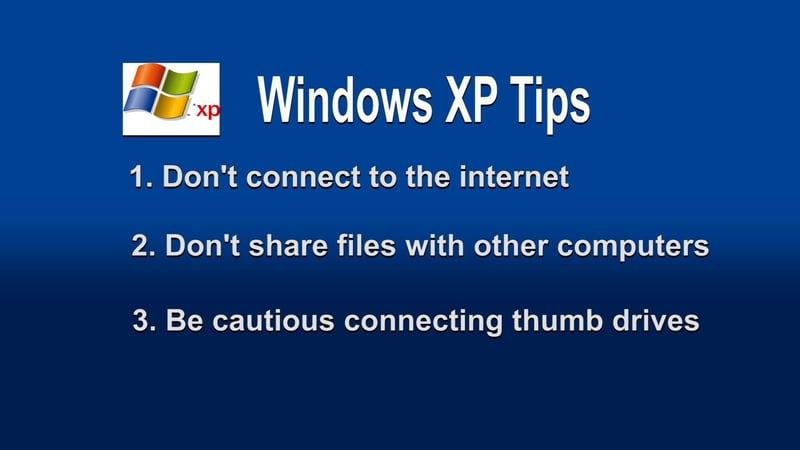 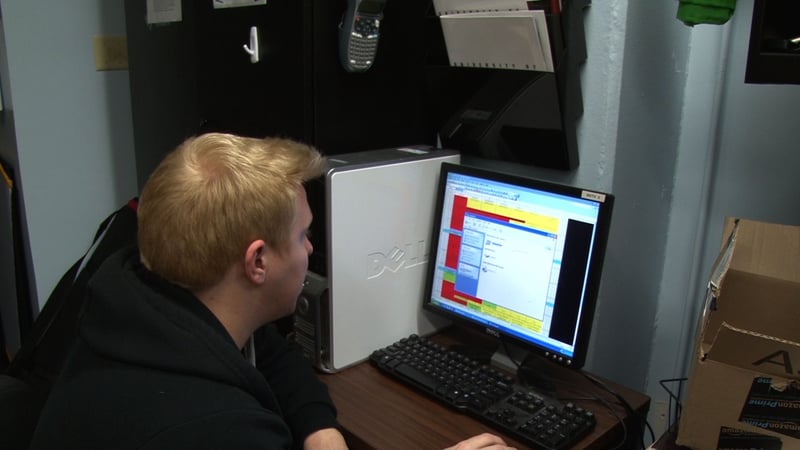 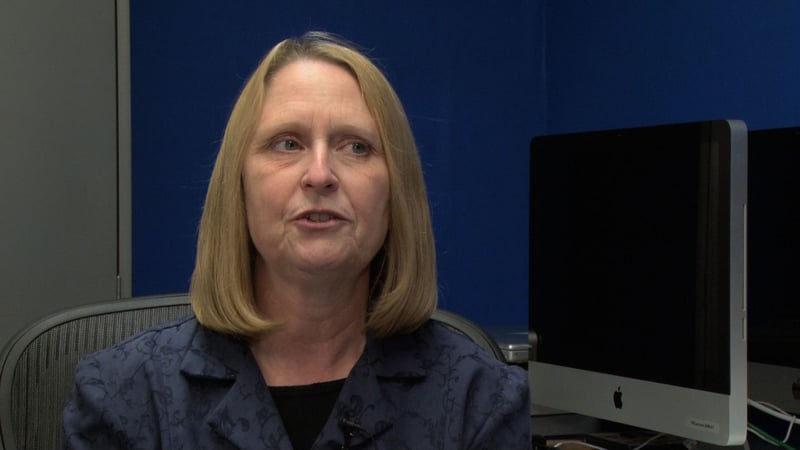 Student Gamecock Television at the University of South Carolina uses one of the only remaining XP computers on campus.

Microsoft is ending support for Windows XP on April 8, but SGTV's chief engineer John George says he's not too concerned about security threats to the computer because students use it strictly for making schedules and not surfing the Internet.

"With no connection to the outside world you have a lot more protection. It's like they're not going to run out and go to internet websites and those kinds of things on that computer, and that's where a lot of your viruses and your problems come in," George says.

George says he is confident the anti virus software on the device and on the campus network will protect the computer from viruses.

"Not only do we protect our network here, but then of course campus has protection on it. So you have multiple rings of protection on all the computer systems," he says.

Windows XP has been around since 2001, and it was replaced by Windows Vista in 2006. Since then, Microsoft has also come out with Windows 7 and Windows 8.

Since its release in 2001, Windows XP has had a reputation among Microsoft customers as being a reliable system. Many people haven't bothered updating to a more recent version of Windows because they're satisfied with XP.

George says SGTV's limited budget and the reliability of the XP computer up to this point also affects his decision to continue using it.

"We just had dollars we had to put in other areas, and that machine had been operating properly and we have not had any problems with it, so that's why it hasn't been changed out yet," George says.

Other technology experts, however, believe continuing to use the Windows XP operating system after April 8 is risky.

"The virus protection will only write for current viruses. It still doesn't address the shortcomings of the operating system. Even though you're behind a firewall here on campus I would not take that as being the most secure situation you could be in" she says.

"As Microsoft has updated Windows 7 and Windows 8, they're built on code that originally was in XP. Every time they come out with an update for those operating systems they're showing the flaws of the system before. So they (the hackers) are waiting," she says.

Chappell-Fail says people who continue to use Windows XP after April 8 should take other precautions to protect their computers from hackers and viruses.

John George says SGTV's Windows XP computer is as secure as it possibly could be because of anti virus software and not connecting to the internet, but he acknowledges there is never a guarantee.

"It should be secure. I'll never say 100 percent. It doesn't matter if we have Windows 8 or the latest and greatest software protection. Anything can happen," George says.

Experts generally agree the safest bet for XP users would be to upgrade to a newer operating system.

You can find out more about Microsoft's software update options on their website.