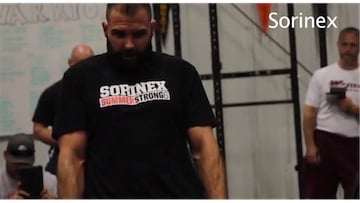 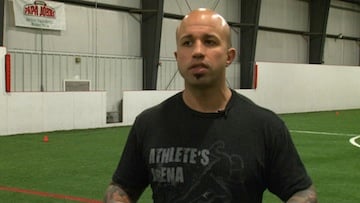 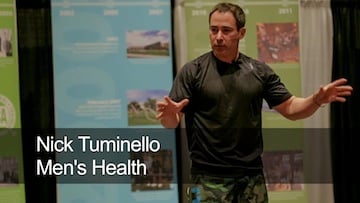 Summer is just around the corner which means getting a beach ready bod  being in tip-top shape is a number one priority for some people. One gym is taking strength conditioning to the next level…getting people hyped about a combine that highlights the importance of healthy weight lifting.

Athlete's Arena in Irmo and Sorinex Strength joined forces seven years ago to create a yearly competition/seminar where athletes compete in a decathlon tackling some of the most grueling obstacles.

The competition runs three days starting in June in the Plex Indoor Sports Arena in Irmo. Co-founder and owner of Sorinex Bert Sorin is a former U.S. Olympian and in the process of planning this years combine.

"We will have some males and females that may already train at Athletes Arena while others are professional athletes that have either competed in the Crossfit games or the Olympics," he says.

Sorin says about of one thousand people show up every year, but it's not just to compete. People come to listen to the big names in sports talk about their experiences and how anyone can rise to the top of their game.

Some of this year's speakers include Bret Contreras, Men's Fitness trainer of the year, personal trainer Nick Tuminello who is considered the "best of the best" in Men's Health Magazine and Byrnes High School head football coach Mike Srock.

"We're taking some of the best athletes in the world and bringing them right to you. These are the people you read about in magazines…the trainers to the trainers…the ones who put players in the NFL and athletes on the Olympic podiums," says Sorin.

His partner Josh Ortegan has been a strength coach for years. He's trained NFL football players and U-S-C baseball players once they've been drafted. Some of those players include Michael Roth, Christian Walker and Evan Marzilli.

Ortegan stresses the importance of healthy weight lifting and how it can determine the success of an athlete's career and life.

"I think having these guys come in and reiterate to our athletes and to the community about just being healthy and being active it just great. Whether you are trying to help a kid get a D1 scholarship or live a better lifestyle…what these guys have to say is important," he says.

The athletes range from the every day moms and dads to strong man champions, but Ortegan says they all have the same outlook on working out.

"We all speak the same language. You know we might have different theories and philosophies but it's all about having a better quality of life," he says.

Everyone has a different goal when they get to the finish line. Sorin says some people come for the experience, others come to win, but they all want to get active in a healthy way.

If you think you can hang with the big boys, then you can register online at store.sorninex.com.