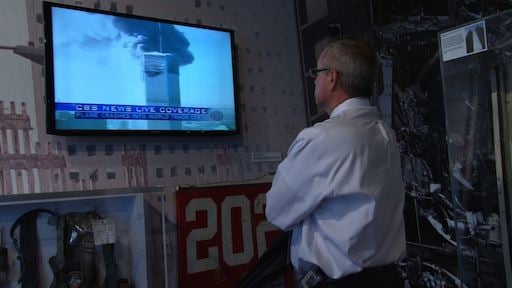 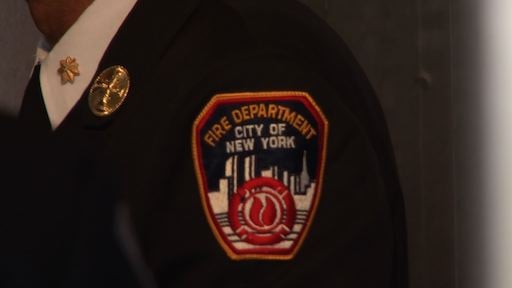 Retired Battalion Chief Jack Ohem travels the country with the exhibit and talks to other first responders and military members who serve and sacrifice every day. 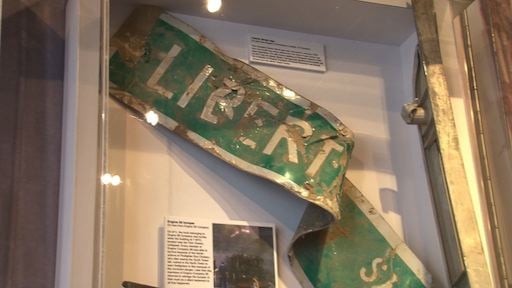 Debris from Ground Zero is featured in the exhibit.

The 9-11 Never Forget Exhibit travels around the country honoring the brave men and women who lost their lives in the 2001 attack on the World Trade Center and Pentagon. Families who lost loved ones during the day have dedicated themselves to the memorial.

Stephen Siller was a New York firefighter and father who was off duty on 9-11. He ran three miles with his gear when he heard about the attacks. He died in the collapse of the World Trade Center.

His family and friends started the Stephen Siller Tunnel to Towers Foundation to make sure his sacrifice would be remembered.

The exhibit includes signs and equipment gathered at Ground Zero as well as video and pictures from the day. Retired Battalion Fire Chief Jack Ohem travels with the memorial, speaking with other first responders and military members who serve and sacrifice every day. He says the tour is a way for him to pay respect to his men.

"It's bittersweet, it's gratifying and rewarding for me to talk about 9-11 and to show people and have them never forget. At the same time, it's kind of moving and emotional to bring back all those memories of 9-11," said Ohem.

The exhibit allows people to see the impact these heroes had on our country. It is currently in front of the South Carolina Statehouse. It is open Wednesday from 9:00 in the morning until 4:00 in the afternoon.