'Diabetes Under the Dome' educates people about diabetes and rai - DatelineCarolina 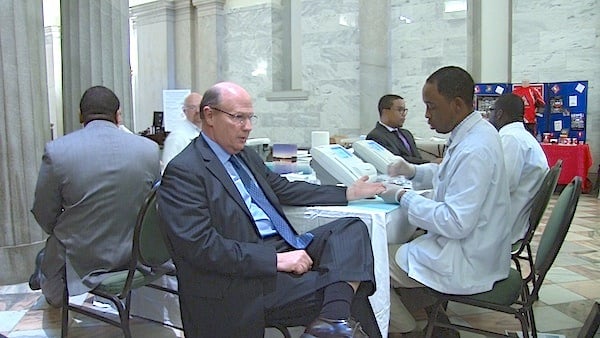 'Diabetes Under The Dome' educates people about diabetes and raises awareness 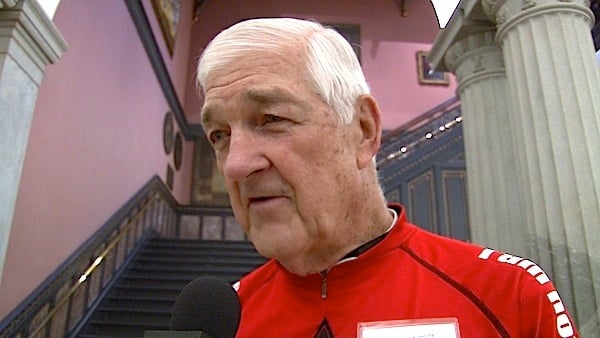 Jim Nicholas was one of the many Red Riders at the event promoting their upcoming ride. 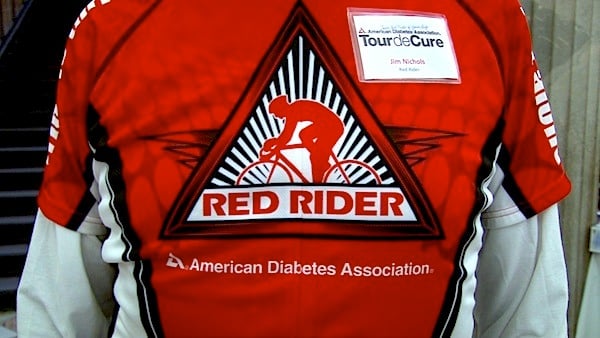 The Red Riders will ride 100 miles on May 3 to raise money for finding a cure for diabetes.

Diabetes awareness promoters screened legislators and others for diabetes at the Statehouse on March 20. It was part of "Diabetes Under The Dome," an event for both doctors and diabetics to promote awareness and show that diabetes is a controllable and livable disease.

Doctors at the event said their biggest goal was to educate people on the disease.

"It's the patient that knows the difference in their own life and their own outcomes with our help. So education, in my opinion, is one of the biggest keys to control diabetes," Dr. Sarah Wagner said.

The doctors tested blood sugar and looked at other health status indicators like blood pressure, weight and BMI.

Wagner said they wanted to give people a comprehensive look at either their risk for diabetes or how to control the disease if they have it.

A diabetes awareness group known as the Red Riders was also on hand. They are diabetics who wear red jerseys and participate in a bike ride called the "Tour de Cure."

"It's a tough disease, but you can manage your health with good nutrition, good sleep and good exercise," Red Rider Jim Nicholas said.

All money raised goes toward research to find a cure to diabetes. This year's "Tour de Cure" will be held on May 3 with the distance reaching up to 100 miles around the Columbia area.