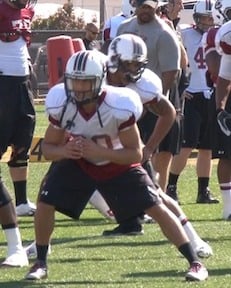 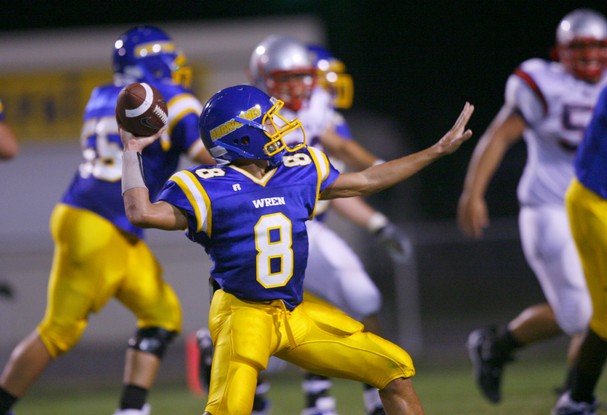 © Rhodes started his football career at Wren, then walking on to Western Carolina only to leave and risk never playing again by walking on to USC. 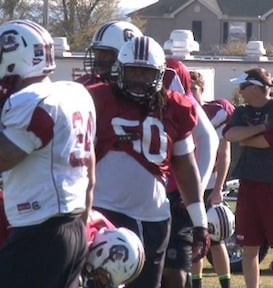 © Rhodes teammate A. J. Cann is also in support of some kind of pay-for-play for major division one players.

Sidney Rhodes isn't a name usually that comes to mind when the topic of "Gamecock Football" gets brought up around the water cooler.

And it shouldn't, he's a back-up corner back and special teams player for the Gamecocks. But his story extends way beyond the football field.

Rhodes didn't come to South Carolina the way most football players do. He transferred from Western Carolina and was fortunate enough to walk-on to the Gamecock football team in the Spring of 2012. Then Rhodes did something most walk-ons dream of: he earned a scholarship in the fall of 2013.

The scholarship was nice, but the money it provided him only went so far.

"I was doing my internship, a 41 practicum for school, and one of the real things the shocking things was to see that in my budget plan I spent 234 something odd dollars just driving up to Greenville," Rhodes said.

Rhodes work at Velocity Sports Performance in Greenville was all unpaid. The NCAA's amateur status keeps Rhodes from being paid at all, unlike a regular student. However the gas money really took it's toll later on in January.

"I found out that my Mom, she was diagnosed with pancreatic, stomach and rectal cancer… that was pretty tough," Rhodes said.

Another Gamecock player, A. J. Cann, watched Rhodes's predicament and says it's time for a change.

"There's guys all the time on the team that come in sometimes and complain about ‘man I wish I had money for this money for that,' but you know it's not happening it's kind of hard," Cann says.

Football players like Rhodes and Cann spend much of their time in the film room and on studies in class. Assistant coach Everett Sands know the situations players are in, and supports of some kind pay-for-play.

"It'd be good to get them some type of money, because they can't work like regular students work, because their work right now it their athletics," he says.

Talks of pay-for-play have sprung up again after anti-trust lawyer Jeffery Kessler filed a law suit against the NCAA's amateur status. He was joined by a number of division one football and basketball players.

The suit is not out to collect damages, but to "change the system". The Kessler lawsuit has been the biggest move so far in the pay-for-play saga, which has stemmed from the argument that division one players should get an extra stipend from the millions of dollars they help generate every year.

Ideas have included something as simple as giving players an extra 50 dollars a weekend, to the more extreme such as the creation of semi-pro leagues for the "blue-chip" level high school players to feed into.

The good news for Rhodes is that his mother's cancer has gone into remission, but the NCAA's rules on amateurism won't go into remission anytime soon.