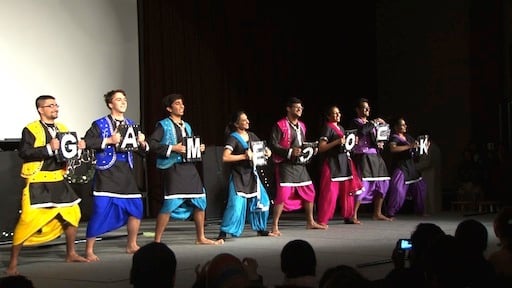 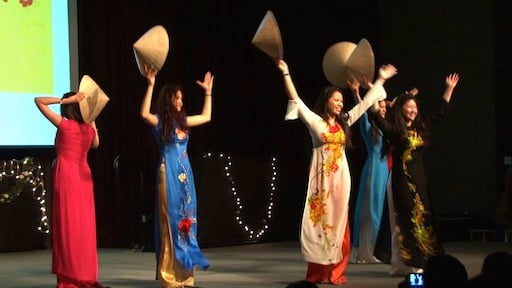 The Vietnamese Student Association puts on a traditional dance 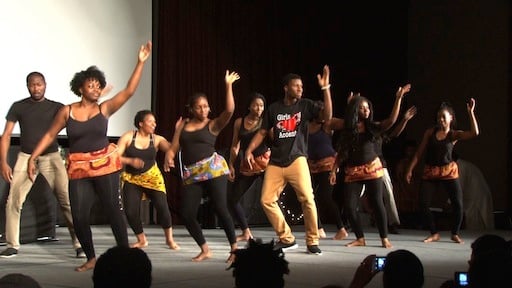 African students join together for an upbeat dance

The University of South Carolina is striving to become a more diverse campus...and succeeding. USC has been able to increase their number of international students to over 1,300, including nearly 400 new students this year alone.

New recruiting methods that focus on taking care of international students already on campus is one reason for the growing numbers says Jody Pritt, the director of International Student Services (ISS). She believes if current USC international students have the best experience academically and personally, they will tell their friends and family about USC and encourage them to come.

Vietnamese student, Tino Dinh, decided to attend USC after her uncle came and recommended the school.

"I really like the diversity here, especially the big campus...because USC is like a mini world...and I think that's the thing I most appreciate at USC because it gives me a lot of opportunities and chances to belong," Dinh said.

"I didn't expect that they're was already hundreds of people here, maybe 10 or 20," said Norrin Chamok, a student from Bangladesh who came to USC after friends back home had suggested it. "But there are a lot and they are already into the international community so we already got a platform to communicate," he said.

ISS hopes to continue to make international students feel at home by hosting cultural events such as World Night, the largest international event at USC. The event debuted dances and food from some of the 103 countries represented at USC.

French exchange student Thalia Ducourtioux said it was her favorite memory of the year.

"I had the chance to experience various cultures...they were able to show the best features of each culture and promote different backgrounds and people. It's not something everyone can do and I was very lucky to be able to come here," she said.

Creating a connection with international students through events is key to future recruiting said France Tamakloe, the emcee of the event.

"Showing international students that they are welcome here and not just that you're getting a degree, because anyone can give you a degree, but we have a family, and that's a culture that you want here," she said.

And at the end of the day, feeling like you belong to the Gamecock family is what really makes the difference. Dinh says she can't wait to recruit more people from Vietnam and tell everyone about her experience here at USC.