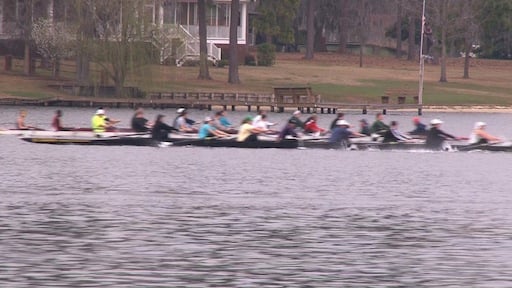 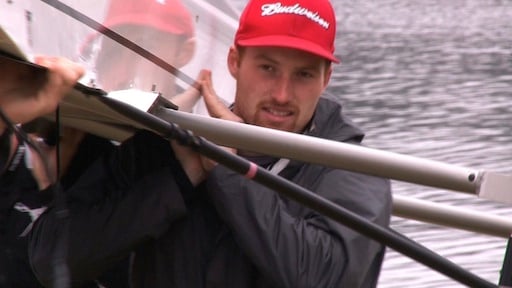 Chris Breen as he gets ready to go out on the water. 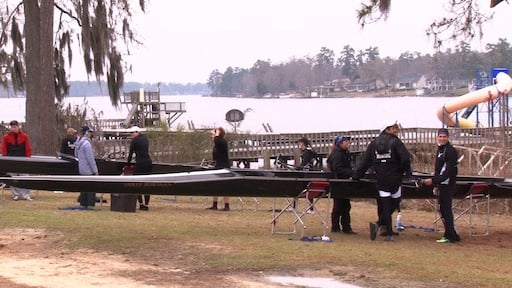 The Bowdoin College rowing team traveled south in order to get some early spring practice.

Rowing is a popular sport in Great Britain as the annual competition between Oxford and Cambridge draws viewers from all over the country.

The sport has not enjoyed the same popularity in the U.S. but it is becoming more popular as some students find out more about it.

Chris Breen, a junior at Bowdoin College in Brunswick, Maine, took up Rowing when he was a freshman. He took up rowing when he came to college because he wanted to continue to compete in sports.

"I played soccer in high school and I was just looking forward to racing and competing and I thought it was a good opportunity to compete a collegiate level," said Breen.

Bowdoin College has sent their rowing team to Camp Bob Cooper along Lake Marion during their spring break for the past fifteen years while the lakes in Maine are still filled with ice.

Camp Bob Cooper is a campsite along Lake Marion that serves as housing for the teams that travel to South Carolina and offers access to the lake.

Bowdoin head coach Gil Birney says the annual trip is great for the development of his team.

"It's a great experience for the whole team to get away, we sort of have to learn to live with one another in addition with what you're doing in the boat," said Coach Birney.

And even though its meant to serve as a learning experience for the team, that does not mean that it's not fun for the rowers.

"I love coming to camp Bob Cooper every spring break because that gets me pumped up for the season," said Bowdoin Junior Mary Bryan Barksdale.

Birney sees rowing continuing to grow and says that the success of the national rowing teams in the Olympics is helping that growth.

The Bowdoin rowing team will return to Maine on March 22 to get ready for competition in April.