Are you there South Carolina? It's me spring! - DatelineCarolina 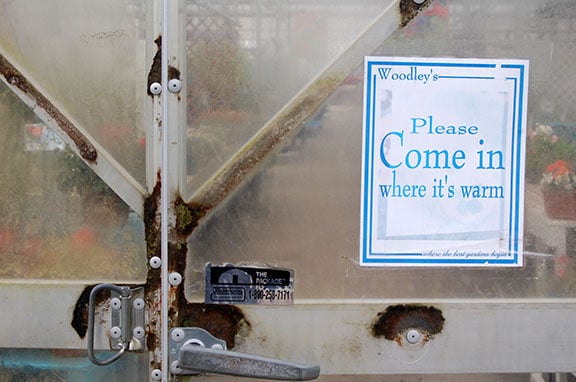 Are you there South Carolina? It's me spring! 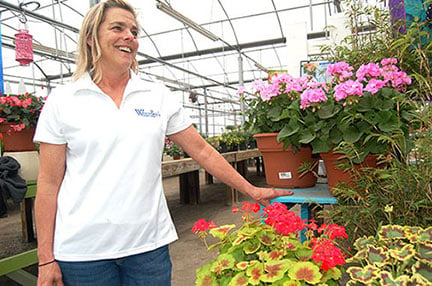 Robin Klein, general manager of Woodley's Gardening Center in Columbia, says to be careful not to fertilize your plants to early in the spring season. Photo by Harrison Cahill. 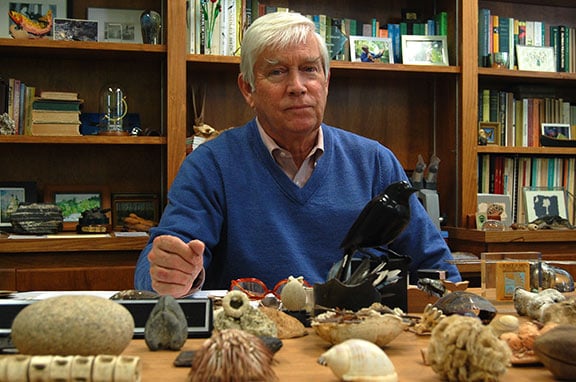 Rudy Mancke, the University of South Carolina's naturalist in residence, is calling for more mosquitos this spring and summer. Photo by Harrison Cahill. 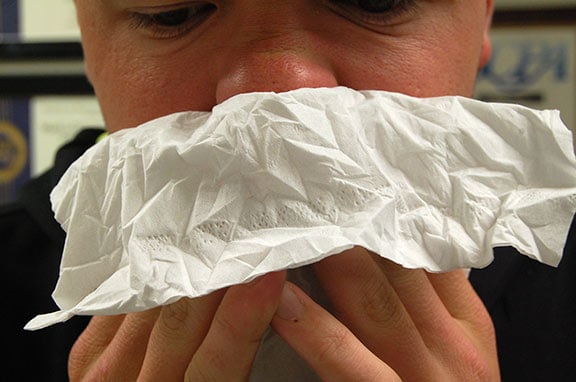 While the start of spring usually means warmer weather, the season also triggers allergy symptoms in many people. Photo by Harrison Cahill.

The South has seen more of winter this year than it's used to or, frankly, cares for, and South Carolinians are eager for clear days and warmer temperatures. Their hopes are finally in sight.

"A lot of people this year are just panting for spring," said nature expert Rudy Mancke, the University of South Carolina's naturalist in residence. The arrival of the vernal equinox of Thursday marks beginning of the end of an abnormally harsh winter.

Despite this winter's unusual weather patterns, the natural rites of spring appear to be right on schedule, Mancke said.

For him, the "harbinger of spring" is usually the budding of the redbud, or "Judas" tree. When the redbuds start to bloom, he said, it's a pretty accurate indicator that the last of the chill is over. And the redbuds are saying the cold's not quite gone.

Here are a few things to look for as spring settles in.

When it comes to your health

Some of us are itching to get outside, but many are just itching. Tree pollen allergies have started to hit people hard, followed by grass pollen in the summer and weed pollen in the fall, said Dr. Ty Coleman of Allergy Partners of the Midlands.

Allergy seasons are getting longer and stronger as global warming results in increased pollen, Coleman said.

"Allergies are worsening, and people are suffering worse than ever before if you want to look at it from a historical perspective," he said.

Here are a few of his tips to reduce your risk of suffering this season:

To keep track of the pollen forecast in your area, visit pollen.com.

When it comes to plants

Plants, many of whose life cycles tend to depend more closely on the length of daylight than on temperature, are blooming as they normally do, Mancke said.

For Robin Klein, general manager of Woodley's Gardening Center in Columbia, the blooming of forsythia bushes are one of the first signs of spring. In her neighborhood, those buds started coming out nearly three weeks ago.

The thing for gardeners to watch out for is signs of plant fungus brought on by the cold, wet winter, Klein said. A lot of the winter damage won't be apparent until the weather starts to warm up in the next month and people notice that last year's plants aren't growing back, she said.

Shrubs like Indian hawthorns were hit especially hard with fungus this year, Klein said. She expects to see a lot of gardeners looking for replacement plants or treating their plants with fungicide.

For planters, now's the time to be putting cool-season plants in the ground, which include lettuces and flowers like alyssum, Klein said. They'll last through May before the air and soil get too warm.

She advises gardeners and yard enthusiasts not to fertilize anything until early May, when temperatures are more consistently warm, so as not to encourage anything to bloom too early and then suffer from a cold snap.

When it comes to animals

Many animals are more likely than plants to react to warming temperatures rather than day length, Mancke said, so you're likely have seen them popping out earlier than plants.

Some species of butterflies, like the blue azure, hibernate as adults, then emerge on the first warm day of the year, Mancke said. Their problem is finding some place warm to hide before the next cold night, he said.

The warmer weather will bring out more animals as they get ready to reproduce, Mancke said. Brief warm spells already have brought out animals like chorus frogs, for example.

"Male frogs come out on the first warm, wet night of the year. I don't care whether it's going to be below freezing tomorrow or not," Mancke said. "Male vertebrates, you've got to be careful of them. … They're ready to mate now, immediately. So when it's warm and it's wet, it doesn't matter what time of year it is — they're out calling."

As for birds, winter species arrived earlier and appear to be staying a little longer than usual, Mancke said. Warmer weather birds, like orioles and ruby-throated hummingbirds, haven't shown up much in these parts yet, he said, but look for them by the month's end and early April.

Mancke expects to see large insect populations come summer thanks to this winter's short, alternating patterns of warm and cold weather. He predicts that mosquitoes and West Nile virus could become a problem in the Southeast.

"When you had a mild winter in the old days, usually it was followed by a real deep, hard cold snap, and then it became spring. That cold snap killed everything that came out in the warm early," Mancke said. "Now that we've had cold-warm, cold-warm, cold-warm, I don't think anything's coming out. I think everything's staying in until it really gets warm, and that means probably summer."