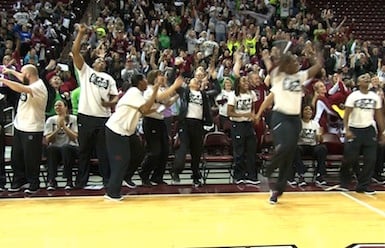 No. 1 Seed Plants Team in History 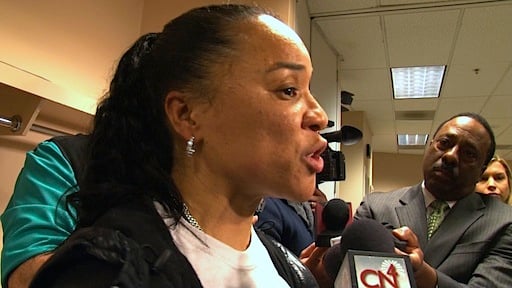 Coach Dawn Staley is ready to show her team's hard work pay off against Cal State Northridge on Sunday. 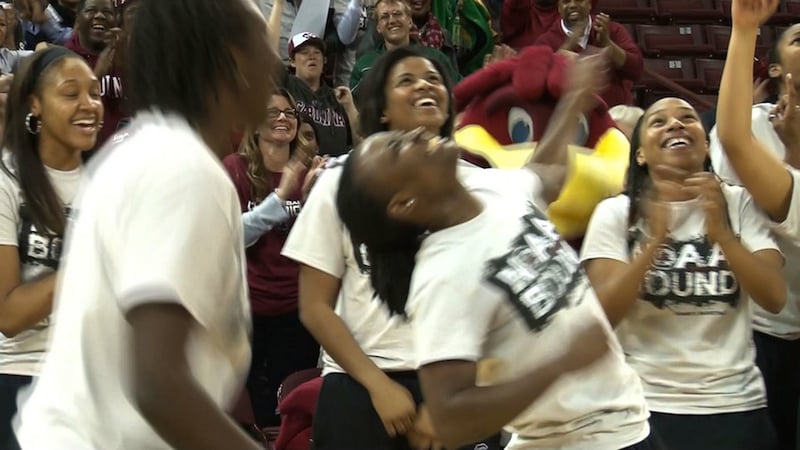 The team celebrates after hearing they earned the final spot as a number one seed in the NCAA Women's Tournament.

South Carolina's women's basketball team entered the NCAA Women's Tournament as a number one seed for the first time in school history Monday night. The announcement was made as the team watched the annual NCAA Selection Show with fans in the Colonial Life Arena.

An estimated crowd of 400 waited for their chance to get pictures and autographs from the SEC Champions before watching the show. A sea of anxious faces stared at the scoreboard, broadcasting selections for the tournament.

"Being the number one seed comes with pressure, we have a young team, and I think we have to challenge them mentally to just focus on doing the things that got us here," says Coach Dawn Staley.

South Carolina had two late-season losses to Tennessee and Kentucky making the selection a surprise to many. Most people thought Stanford or Louisville would take the fourth spot, but Coach Dawn Staley doesn't think so.

"There will probably be some naysayers that say we didn't deserve it, but you know you got to check our record and check our lead," says Staley.

SEC Freshman of the Year Alaina Coates wants to prove those people wrong too, showing the team is more than deserving.

"Hopefully we can continue to silence the critics and go as far as we possibly can," says Coates.

Coach Staley knows the women's basketball program has come a long way from where it used to be.

"We've come from the depths of losing and I think what we've done is used that to motivate us to work a little bit harder, recruit a little bit harder, and get the kids to buy into our vision. Once all those things are in place it puts you in this position to get a number one seed and puts your program on the map. It shows your hard work is paying off," says Staley.

South Carolina will be heading to Seattle, Washington to face no. 16 Cal State Northridge in the Stanford Regional on Sunday.