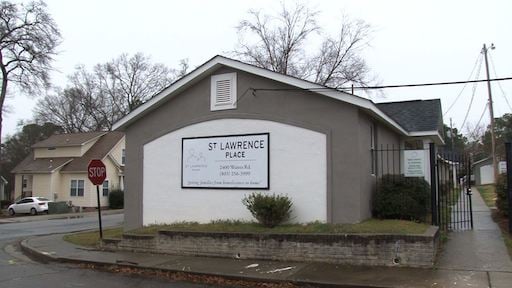 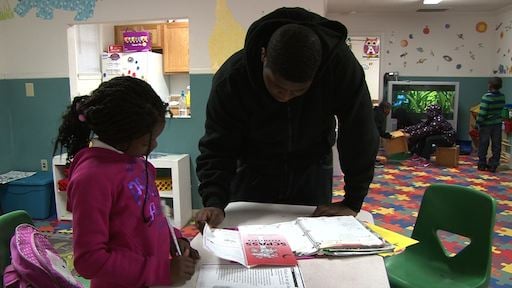 Kendrick Addison and his sister, Jasmine, are among the children who live at St. Lawrence Place, a sort of halfway house for homeless families in Northeast Columbia.

When Kendrick Addison comes home after school, it's not to a typical house in the suburbs.

Kendrick's family was threatened with eviction from their home last September because his mom couldn't keep up with rent, bills and ensuing late fees. They could've been out on the street, but instead, they were fortunate enough to end up at St. Lawrence Place in Northeast Columbia.

St. Lawrence Place is a housing complex for homeless families with children. It offers a fully furnished apartment for sliding-scale rent that eligible families can live in for up to two years. And when they leave, the families are allowed to take all of the furniture from their apartment to use in their new home.

The complex can house about 28 families at a time, and the president and CEO of St. Lawrence Place, Lila Anna Sauls, said the facility is never empty.

"The need has been steady," Sauls said. "We used to only could house 13 families, and now we're housing 26 to 28 regularly."

Right now, three families are on the waiting list and one is planning to move in in the next few weeks.

Sauls said the purpose of St. Lawrence Place is to teach the entire family, not just the parents, how to break the "cycle of poverty."

"It's not a Band-Aid, not a quick fix," Sauls said. "We just want to teach those life skills that will let our families live independently and successfully for the rest of their lives."

Kendrick said the program's life skills classes have taught him about budgeting and managing money, including giving up certain luxuries in order to save money.

"Everybody pretty much wants cable, but at the same time, it's like an unnecessary bill," Kendrick said. "You don't have to have cable. … I learned you must learn the value of the dollar."

Kendrick has also found an important resource in Gerald Davis — or Mr. Gerald, as Kendrick calls him — the director of the children's program at St. Lawrence Place.

"He's my number one man that I look up to," Kendrick said.

Davis said he loves being a part of Kendrick's life and that he's confident Kendrick has a bright future ahead of him.

"He's got his head on straight," Davis said. "I tell him that he is the trophy child of St. Lawrence Place right now. … I really want to give to him, because I see him going a long way."

Nowadays, Kendrick spends his time trying to decide what school — The Citadel or the Air Force Academy — he's going to accept a football scholarship from, instead of worrying about becoming homeless. It's something he said wouldn't have been possible without Mr. Gerald and St. Lawrence Place.