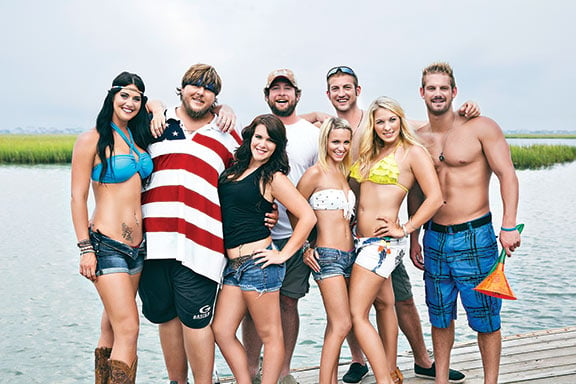 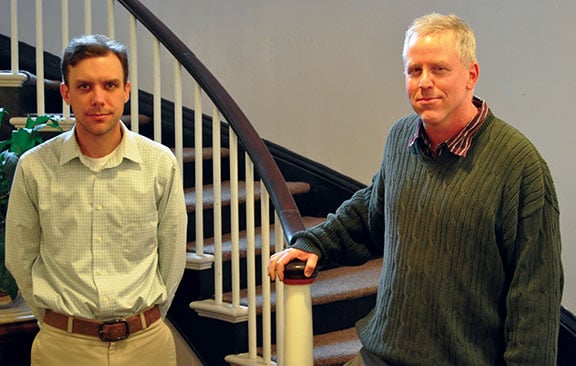 Graham Duncan (left) and Brian Cuthrell of the South Caroliniana Library at USC said they aren't surprised by the influx of reality shows based in the state due to a nationwide interest in the culture. Photo by Caitlyn McGuire. 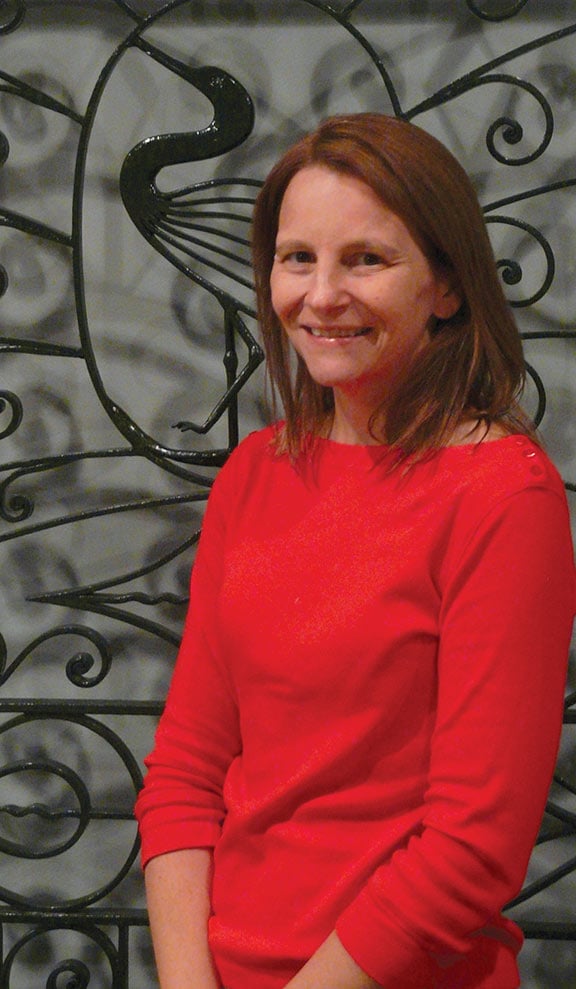 JoAnn Zeise, the South Carolina State Museum’s history curator, said she thinks the true South Carolina, different from the one seen in reality television, is defined by its deep historical roots and diversity. Photo by Caitlyn McGuire. 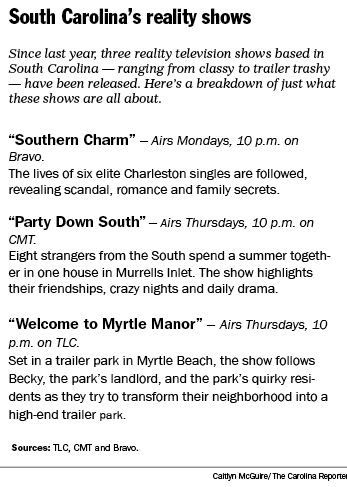 Many South Carolinians have a very different take on their state than what reality TV portrays.

Reality TV shows such as "Southern Charm," "Myrtle Manor" and "Party Down South" portray South Carolina in a light many find inaccurate and, at times, quite misleading.

"Southern Charm," shot in Charleston, focuses on a group of people who flaunt their "old money." The official trailer shows its characters placed in a myriad of situations, ranging from fancy dinner parties to sexual encounters.

"Myrtle Manor," shot in Myrtle Beach, centers on a trailer park neighborhood. The show portrays its characters in a very stereotypical, Southern fashion. For example, there is the couple who allegedly "bonded over their love of fast cars, cheetah tattoos and bacon."

"Party Down South," created by SallyAnn Salsano of "Jersey Shore" fame, is a show about partying in the South – plain and simple. Its cast drinks, curses and parties perpetually. The show is so notorious that locals in Pensacola have shunned it, resulting in its relocation, according to USA Today.

Will Moredock, South Carolina native and journalist, said he does not believe reality TV shows, such as "Southern Charm," accurately represent South Carolina.

"Anyone who believes reality TV represents reality is badly informed," he said. "Reality TV makes its way by being outrageous."

Shows like these are part of a bigger issue regarding media and its characterization of his home state, Moredock said.

"Every time you see us in the news, it's about the Confederate flag or some crazy son of a bitch," he said. "It's really sad."

Moredock said a more honest representation of South Carolina was "The Big Chill," a 1983 film, which, according to him, shows off the state's beautiful scenery without resorting to demeaning or negative characterizations of it.

"The Prince of Tides," a novel written by Pat Conroy in 1986, was another honest representation, he said.

"It's realistic," he said. "It does show some family dysfunction, but there is dysfunction everywhere."

JoAnn Zeise, a curator of history at the South Carolina State Museum, said she would sum up the state in two words: "complex" and "diverse."

"There is so much cultural history here in South Carolina," she said. "There is way more to South Carolina than what was on that ["Southern Charm"] TV show."

South Carolina native Graham Duncan, who works in the manuscripts division of South Caroliniana Library, said many aspects of the South have "ballooned" nationally, and that reality TV shows speak to those people who know about the South "ballooning" nationally.

He said things like NASCAR and country music have held up as Southern in nature. The South, he went on to say, has a very distinctive culture, and these cultural tastes speak to the South.

"You don't have to be a wife-beating redneck to love country music," he said.

Brian Cuthrell, an electronic access archivist at the South Caroliniana Library, said one of the reasons people see the state a particular way is because the South did not get hit with immigration like the North did. It was not introduced to as many cultures and languages, so it tended to stay true to its traditions.

Cuthrell said people want to see the South "played up," and this causes reality TV shows like "Southern Charm," "Myrtle Manor" and "Party Down South" to get more viewers. He said people are not seeing South Carolina in its entirety, however.

Similar to shows like "Jersey Shore," a show that portrays another region in a particular light, Duncan said shows like these tend to perpetuate people's preconceived notions about people based on where they live.

"An accurate representation of South Carolina is somewhere between the bow ties and the meth lab down the street," Graham said.