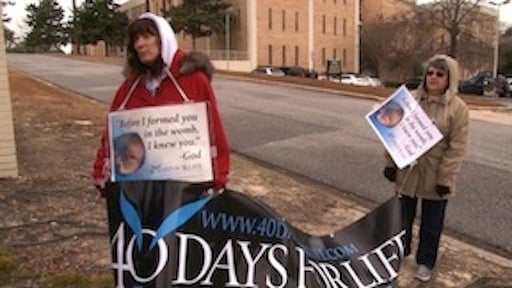 Protestors say they will be outside abortion clinic for 40 days 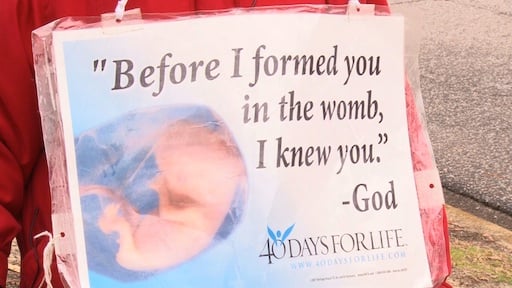 Demonstrators say their protest is pray based and peaceful. 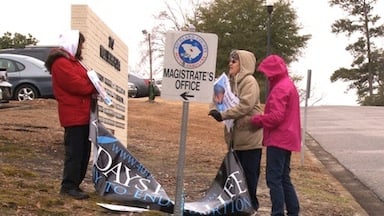 Demonstrators say their peaceful, prayer filled protest to try to end abortion will continue outside Columbia's Planned Parenthood office for the next forty days.

Members of an organization who call themselves 40 Days for Life have pledged to stand from 8 a.m. to 8 p.m. for forty straight days.

The group's campaign director Sharon Hall says she helped to close an abortion clinic when she lived in Wisconsin, and hopes to do the same here.

"When I moved here I had a great zeal to try to get this one closed. We've set a closing date for this abortion clinic for February 14, 2015," said Hall.

The South Carolina Legislature is debating the Fetal Pain Bill, which would outlaw abortion after 20 weeks. Proponents of the law say the fetus can feel pain. Planned Parenthood does not perform abortions after 13 weeks and 6 days, so this bill would not affect their practices.

Patti Richardson is Director of Daybreak Crisis Pregnancy Center. She agrees that 40 Days for Life and the proposed bill are both steps in the right direction.

40 Days for Life has vowed to stay outside until their voices are heard.

Planned Parenthood has had no response to the demonstration.