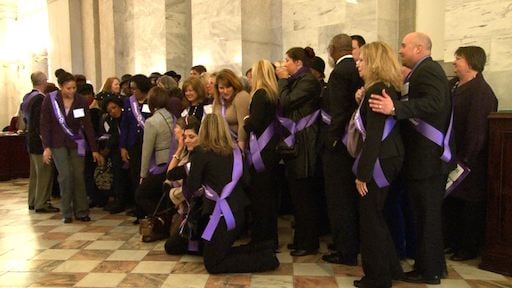 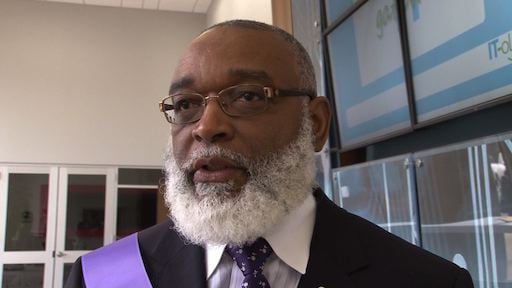 Lucian Richardson has a wife with Alzheimer's Disease and is thankful for the programs offered by the Association. 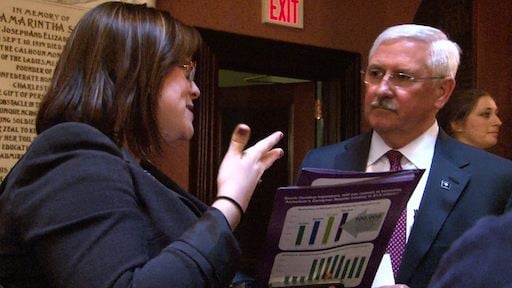 The Association's Director of Communications Beth Sulkowski talks to a fellow Association Member about Alzheimer's.

Alzheimer's Disease affects more than five million people in the United States. There are more than 15 million caregivers in the country, many of them family members who are a fundamental part of helping the growing dementia population.

The Alzheimer's Association of South Carolina supporters walked to the Statehouse on Tuesday to raise awareness and ask legislators for $1.5 million to help caregivers be able to care for their family members.

Dementia caregivers across the nation provided over 17 billion hours of unpaid care in 2012. South Carolina has 80,000 people living with Alzheimer's, and the Alzheimer's Association says it's priority is not just take care of the patients, but their caregivers as well.

"The Alzheimer's Association is truly about connecting caregivers and concerned citizens with their legislators to talk to them about how Alzheimer's is impacting them and how they can help support it through a program called Alzheimer's Caregiver Respite," says the Association's Beth Sulkowski.

The South Carolina Chapter gives short-term respite – time away from caring for a patient – to full-time family caregivers through a voucher program that's funded by the SC Department of Mental Health. The program not only provides help, but prevents people from having to put their loved ones in a nursing home.

Lucian Richardson of South Carolina is thankful for the respite program provided by the Association.

"In my situation, I used respite funds to put my wife into a facility while I had to attend a work related meeting in another state," says Richardson.

Richardson knows the impact taking care of someone with Alzheimer's can have on a family.

"The year she [my wife] was diagnosed, my oldest daughter was just graduating from high school. My youngest was going to high school and having to become a parent to your parent…that's difficult," he says.

The Association estimates that 100,000 South Carolinians will be suffering from Alzheimer's Disease in 2025.