Venezuela: "Streets are of the People" - DatelineCarolina 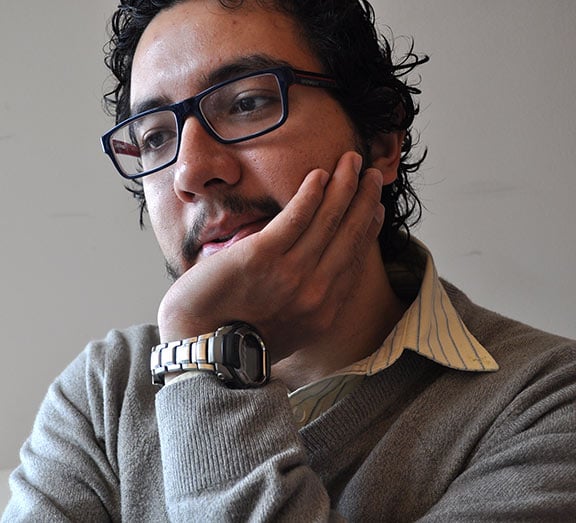 Venezuela: "Streets are of the People" 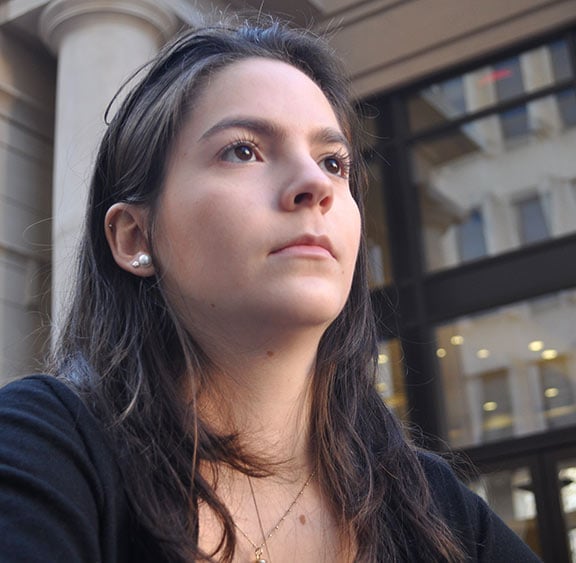 Claudiana Vivas, from San Cristóbal, Venezuela, is a senior majoring in international business at the University of South Carolina. Civil unrest has grown in her hometown, and her family back home is having trouble finding food and supplies. 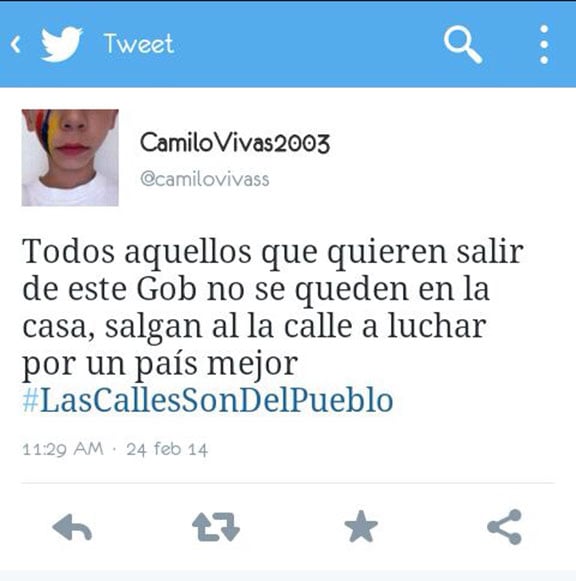 Tweet translation: "All of those that want this government out, don’t stay in your house. Go out to the streets to fight for a better country. #thestreetsareofthepeople" The tweet was sent by 11-year-old Camilo Vivas, the brother of Claudiana Vivas.

Imagine standing on a sidewalk in your hometown. A sea of protesters surges down the street, coming from the next block down - then the next 15 city blocks, filled with 100,000 protesters - furious at a deteriorating government.

They're about to stand against police, National Guard forces and paramilitary equipped with riot gear, shields and guns drawn.

Claudio Olivera, who normally avoids the frontline of protest, found himself stuck between that blockade of riot police and that sea of Venezuelan protesters.

Stopping 100 feet away from a police blockade, Olivera recalls officers running toward him as a tear gas canister dropped right next to his feet.

"It was like the worst feeling ever. You cannot breathe," said Olivera, a doctorate student of music at the University of South Carolina. "You want to have hiccups, but you can't do that. You can't run, but you have to because if you don't, you will choke. My friend had to drag me until we could catch our breath."

That was in 2002 when Olivera and students from the Universidad Simón Bolívar, Venezuela's premier engineering school, protested President Hugo Chávez's decision to cut funding for teacher's salaries.

But now, 12 years later, it's much worse. Protests are occurring daily, and the people who originally organized for a peaceful protest are now dying.

Feb. 12 marked the first day of student protests across the country, provoked by the attempted rape of a student at the University of the Andes by robbers. The continued deterioration of security, increased murder rates and shortages of basic goods under current President Nicolás Maduro continue to fuel protests.

Shortages have affected the entire country. From basic needs like toilet paper to hospitals struggling to maintain medical supplies, many have turned to the black market to gain basic needs.

Claudiana Vivas, 21, is from San Cristobal and is a senior international business student at the University of South Carolina.

"Everything is a mess," Vivas said. "The regulation of everything just creates more corruption. One of my friend's parents owns a supermarket, and she was saying how some of the people in the supermarket were putting toothpaste in cereal boxes and passing it through the border and selling it for triple the price."

Vivas' mother, father and 11-year-old brother, Camilo, remain in San Cristobal, where she says they live day by day.

However, for Camilo, day-by-day isn't enough. Vivas said that she has received multiple phone calls from friends commending her brother's tweet that urged people to take to the streets.

"Go out to the streets to fight for a better country," his tweet translates. For him, a deteriorating state is all he has known.

"It's funny because he is 11, but obviously this is all he has known. For me, it is outstanding to see an 11-year-old so involved in his country," Vivas said.

Vivas and Olivera both said they don't plan to go back to the country anytime soon. However, their friends and family are faced with the decision to either leave or stay in a country descending into chaos.

"My mother is a very patriotic woman," Olivera said. "She has said she will die standing for her Venezuela."