A South Carolinian take on Fallon's debut: Improv is tough, but it's a giggle - DatelineCarolina

A South Carolinian take on Fallon's debut: Improv is tough, but it's a giggle 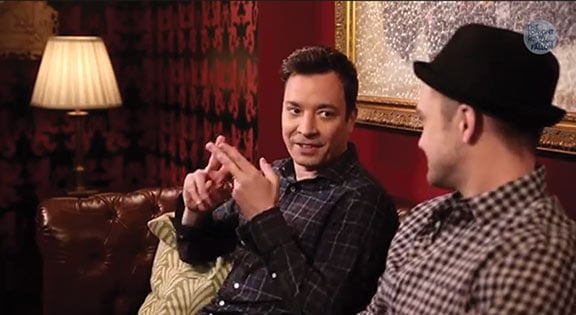 Fallon developed a reputation for his quirky comedy sketches featuring celebrities, like this “#Hashtag” skit with Justin Timberlake that aired last September. Photo courtesy of The Tonight Show Starring Jimmy Fallon on YouTube. 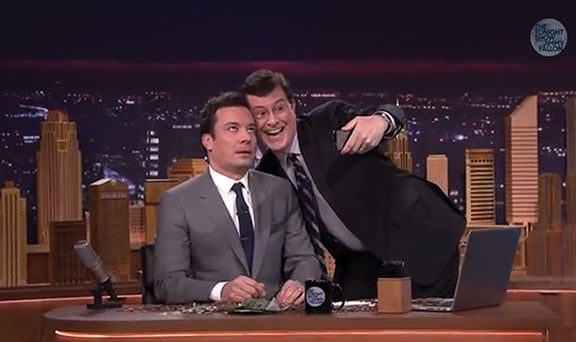 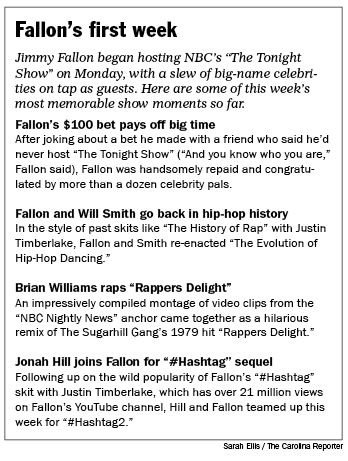 Jimmy Fallon may be a new face to "The Tonight Show," but he has been a popular comedian for over 15 years. And during his first week as host, he featured new editions of his classic skits:

There's his lampooning of hashtag hell …

… and his historical take on the hip-hop era …

… and a barbershop parody of a hip hop song with the rest of The Ragtime Gals.

While these and most of his segments start off scripted, Fallon often improvises — especially if he forgets lines. He is also known for breaking out of character and having fits of laughter.

One reason for Fallon's success is his ability to "connect with the millennials," suggested Armen Shaomian, an assistant professor in the department of sport and entertainment management at the University of South Carolina.

"Jimmy Fallon is also much more like Johnny Carson and the original ‘Tonight Show,''' Shaomian wrote in an email, adding that Carson used more comedy sketches, comedy acts and dancers than Jay Leno.

Fallon's differences from Leno are reflected by his variety show approach, said Shaomian, which allows Fallon to leverage his connection to celebrities.

Because Fallon is "generally well-liked by the celebrity world," Shaomian said, "he will be able to connect on a more personal level."

South Carolina performers say that the kind of improv Fallon is famous for isn't for the timid. It takes a willingness to say "yes" to anything that happens, said Anna Elyse Lewis, a USC Upstate graduate and an actress in several theater productions.

"The key to improv is being able to anticipate and always be able to say ‘yes, and' rather than ‘yes, but,'" Lewis said in an email. "One of the really important links between improv and regular theater is trusting the people you're working with. A lot of times, actors will do ‘mirror work' as a type of warm-up to sort of get in sync with each other."

Fallon works with a wide variety of people. On this week's premiere of "The Tonight Show Starring Jimmy Fallon," he performed the "Evolution of Hip-Hop Dancing" with Will Smith, once known for his rap albums, and eventually improvised the end of the segment that brought on laughter from the audience.

In a conversation with Jonah Hill, up for an Oscar in "Wolf of Wall Street," Fallon mocked hashtag overuse by saying: "Who knows, maybe you're gonna win #duhwinning #oldreferences #yeahbaby #mywife," all the while crossing his fingers in a fleshy hashtag.

USC Upstate graduate Julia LeJeune, who studied theater, agreed that the improv style could often be made to create another funny moment. Lewis and LeJeune were part of the Shoestring Players, a theatrical producing group at USC Upstate.

"Always say yes," LeJeune said in an email. "Anytime you are doing improv with another person, anything goes. Never say no. Another rule is the rule of three. Think of any funny skit where they are doing something until the third time they do it. If they do it a fourth time, it's just dumb after that."

"Tonight" has been an NBC institution since 1954. The show is known for hosts like Steve Allen and Johnny Carson, who brought the show from New York to Burbank in 1972.

Fallon brought it back to New York, and it now originates from Studio 6A in Rockefeller Center.

From 2009 until January 2014, he hosted "Late Night with Jimmy Fallon." While on this show, he performed segments like the hashtag skit, the "History of Rap," both with Justin Timberlake, and "Slow Jam The News" often featuring "NBC Nightly News" anchor Brian Williams. During the 2012 presidential election race, Fallon also performed the segment with President Barack Obama and 2012 Republican nominee Mitt Romney.

Ratings for Fallon's first week are strong. Variety.com reported the premiere of "The Tonight Show Starring Jimmy Fallon" was the second-biggest audience since May 2009, behind only Leno's final episode earlier this month and when he exited for the first time in 2009.

The numbers were particularly good news for a network trying to cope with shifting viewing patterns.

"Jimmy Fallon's age and popularity with the younger population that is shying away more and more from TV and instead going with Netflix- and YouTube-type viewing is key for bringing the ratings up," said USC professor Shaomian.