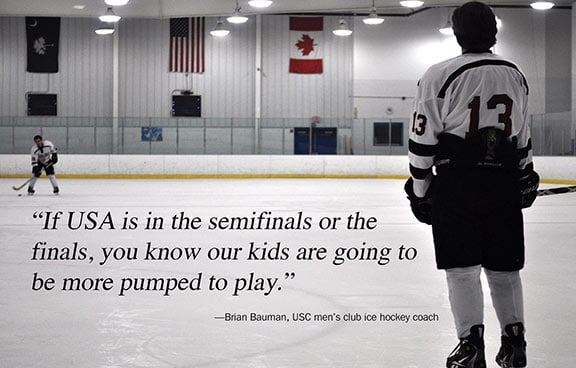 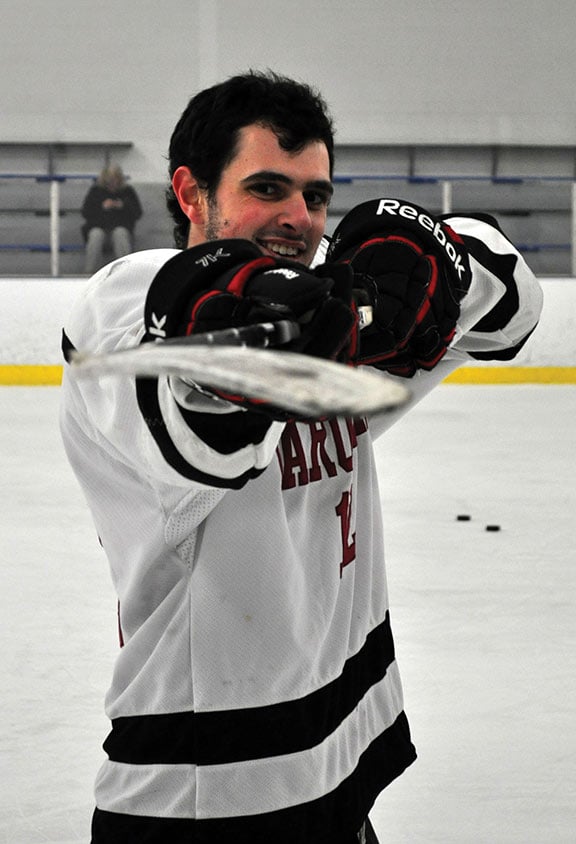 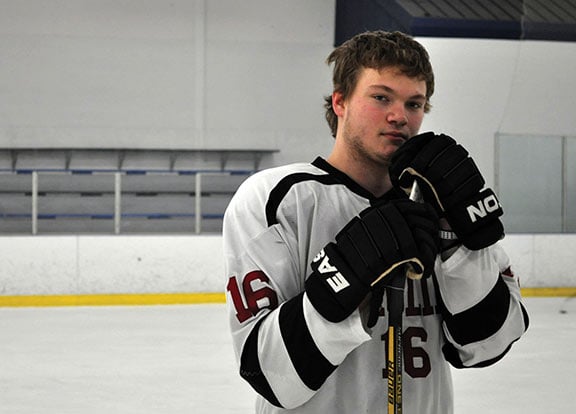 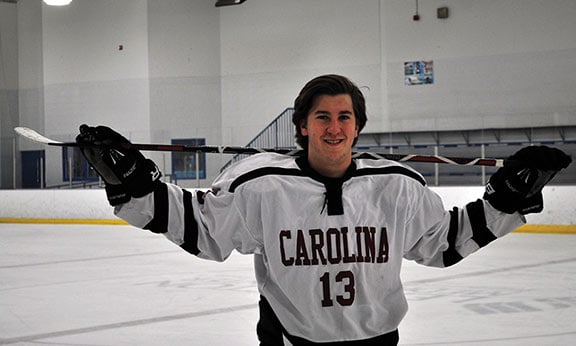 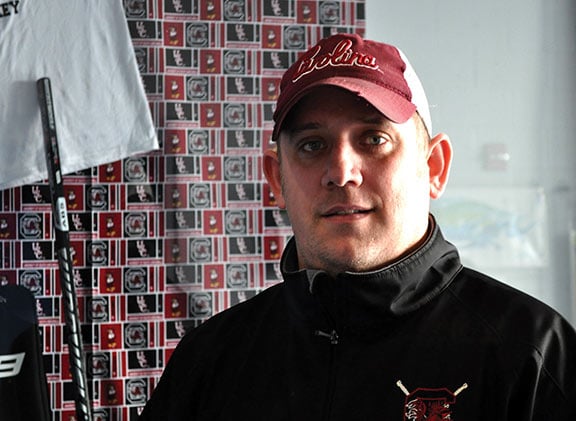 By Jay Michaels and Sarah Ellis

Flanked by the South Carolina state flag and the Canadian flag, an American flag hangs at one end of the ice rink. The South Carolina club ice hockey team plays in its shadow up to five nights a week, barely noticing its stars and stripes.

But now, its presence has never had more significance to the team.

This weekend, the team will play on its biggest stage of the season, with the red, white and blue still in the background, as the U.S. Olympic hockey teams look for success on the world's biggest stage. The women play Canada for the gold medal Thursday, and the men hope to be playing for gold on Sunday.

USC coach Brian Bauman said the timing of the Olympic hockey tournament could not be better for the Gamecocks, who host the American Collegiate Hockey Association Division 3 South Region championship this weekend at Irmo's Plex Indoor Sports.

The Gamecocks hope that Olympic hype will continue to drive fan interest in their own team.

Bauman said the Olympic season is the time when casual sports fans become interested in hockey, and that's enlarging the popularity of USC's team because there's no professional affiliate in the Midlands

"You take a little more pride in coaching and playing," Bauman said. "You gain some confidence. If USA is in the semifinals or the finals, you know our kids are going to be more pumped to play. If they're not, they're lying."

The Gamecocks, No. 4 in the region with a 20-8 record, take on No. 9 Christopher Newport University Friday night. With a top-two finish this weekend, USC can advance to the Division 3 national tournament in Coral Springs, Fla., March 11-15.

For the men's Olympic hockey team, a 5-2 victory Wednesday against the Czech Republic advanced Team USA to Friday's semifinals game against Canada.

Players said the Olympics have drawn a crowd to the USC games. The team has received more media attention from local television, radio and print media than it has all season.

"I think it has some role just because it's the only outlet for hockey here," defenseman Julian DiPaolo said. "If you see it being played and you get excited because it's the United States, you kind of want to look for some kind of form of hockey near you. I think we provide the only outlet for those people that are new to the game to come watch, and then they see what kind of atmosphere we have here. And obviously it's not on that scale, but it is pretty impressive for a team here."

Bauman said the rink holds 500 people, and it's typically pretty full for games. He expects twice as many people in attendance this weekend.

The team has been following the Olympics on separate schedules and hasn't found a time to watch the games together. Some wake up early to watch them live, some keep up with the scores while in class, and some sleep in and catch the tape-delayed broadcast.

Though the U.S. men's Olympic team is at the forefront for the nation, the Gamecocks are focused on their own tournament.

"Maybe it's in the background, but, I mean, at this point this is what our season's been worked up for," DiPaolo said. "This was our goal from the beginning, so it's hard to get any more motivated to go out there and play."