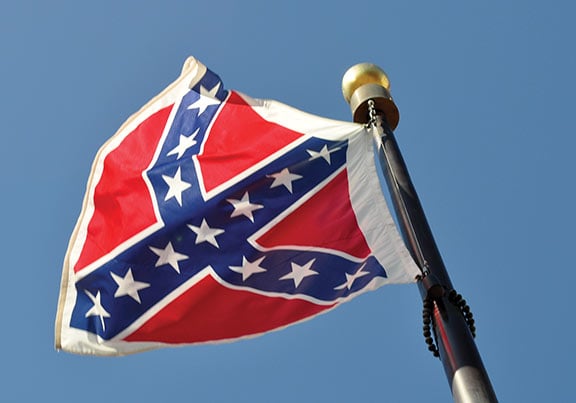 NCAA change puts Confederate flag controversy back on the table 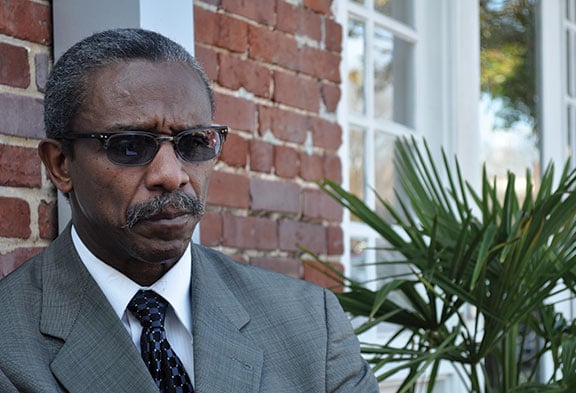 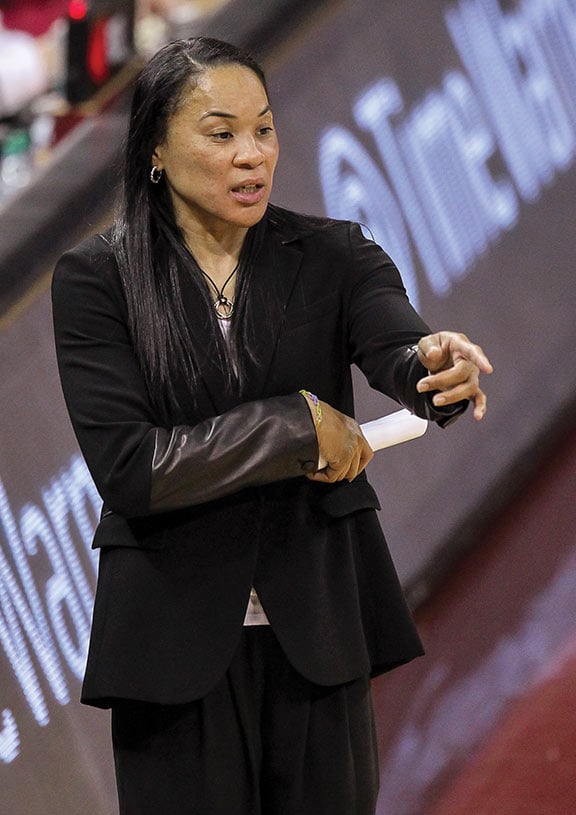 But, after learning about an NCAA decision that will allow South Carolina to host women's basketball tournaments despite the Confederate flag that flies on the State House grounds, Randolph realized that a "Confederate way of thinking" still prevails.

"The decision is a Band-Aid to justice," Randolph said. "Life should be about equality and fairness—not about economics. The NCAA has a responsibility to promote fairness. I do not like how it changed for the women's team because of the money issue."

Under the current system, the USC women's basketball team could not play in Columbia during the NCAA tournament as long as the flag remained in front of the State House on Gervais Street. Since 2001, the NCAA has banned the state of South Carolina and Mississippi from hosting postseason events whose sites are predetermined because the Confederate flag is in a prominent position on statehouse grounds.

While the recent decision allows the women's team to host, the men's team still cannot. The top 16 women's basketball team seeds will be granted host sites on a merit-based selection, but the men's tournament will still be barred from the state because it is a site chosen before the tournament field is set.

The women's team is ranked No. 4 in the nation by the Association Press; if the new tournament format was in place this year, the Gamecocks would host. Prospects for next year, however, look good as coach Dawn Staley is expected to bring in a top recruiting class.

Staley could not be reached for comment Tuesday, but in an interview with The Daily Gamecock in 2012, she said the flag offended her because it affected her job.

"I understand the history here in South Carolina," Staley said. "It's not my history, but it's somebody's history. I think it prevents us and it prevents me from doing my job in a place that I choose to call home. If it creates an opportunity for us not to have (an NCAA tournament game at home), then yes, I'm offended."

Staley told The State newspaper this week that home-court advantage in the postseason would be beneficial.

"If your body of work says that you get to host the first and second round, I think that's deserving," she said. "We would love to be in that number to play in Colonial Life Arena because if you go by our fan support, if we host the NCAA games, I think Gamecock nation will come out and support us in large numbers. Kudos to the change of the legislation to allow that to happen."

While Staley is happy with the change, Randolph is "disappointed."

He said he strives to make his home state one that he can be proud of by working with the local community in treating every citizen equally unlike his black ancestors were treated.

But when Randolph looks at the Confederate flag, he thinks about the injustices his family faced. Before 1964, he would not have been able to sit in front of a local coffee shop among white customers.

Randolph said the NCAA decision is based on economics rather than what is right. According to an NCAA.com release, the committee decided that allowing the top 16 seeds to host on the first weekend would enhance the student-athlete experience by potentially drawing more fans.

Randolph said he doesn't consider the reformatting a blow to the NAACP's quest to have the flag come down from the State House's grounds because the men's tournament generates more economic impact.

Scott Callison, senior vice president of administration at the Greater Columbia Chamber of Commerce, said any event brings in tourism. "It definitely benefits merchants, restaurants, museums and other tourist stops," he said.

Randolph said he and three fellow NAACP presidents will "make some noise" at next month's region meeting in Atlanta, where the new tournament format is up for discussion.

"The goals are the same height for all players," Randolph said.  "The field is the same length for all players. The ball is the same size. The NCAA has a responsibility to promote fairness in a way that no other group does. We expect that from them and to be serious about this. I really don't like the way they did this."