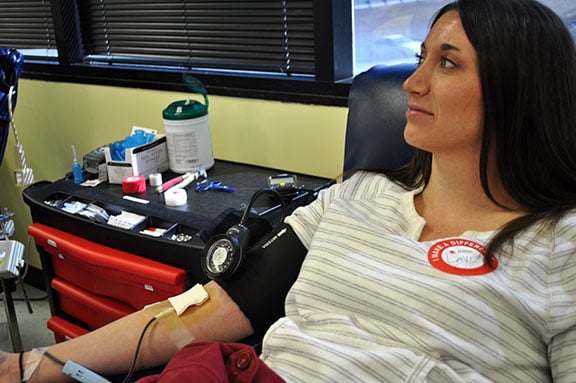 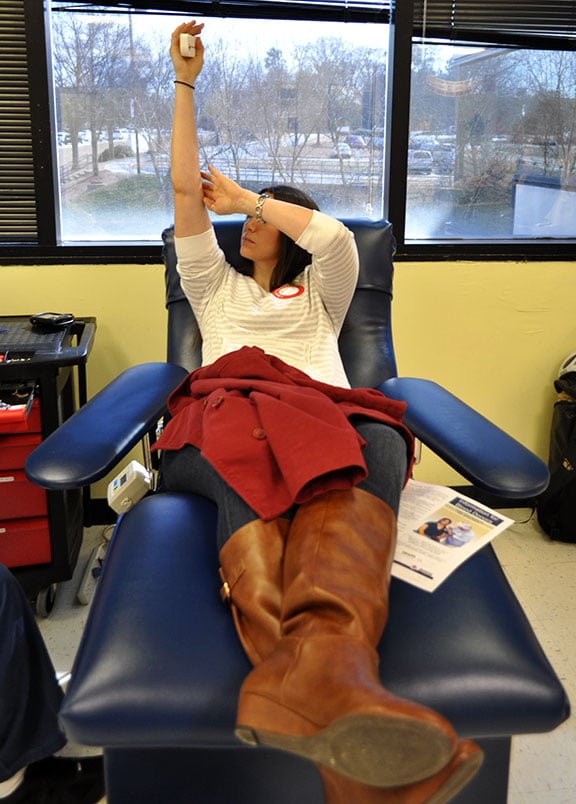 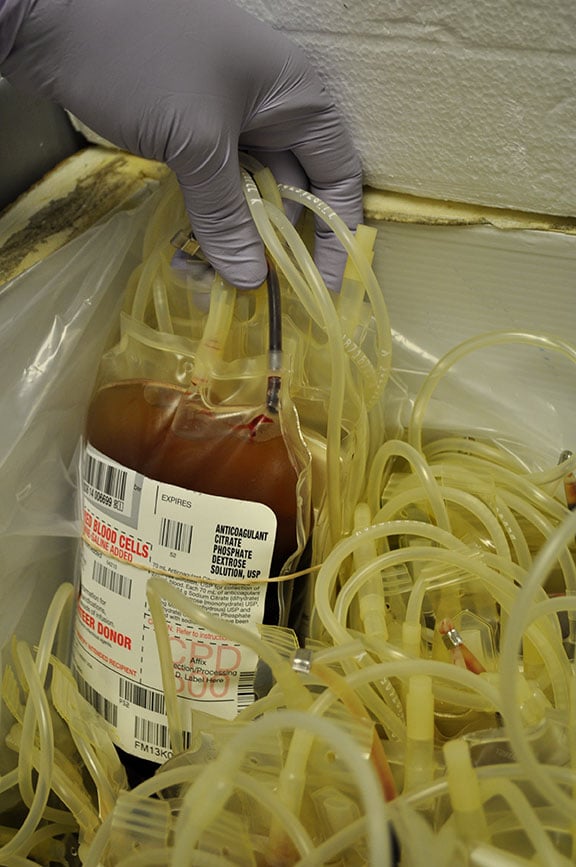 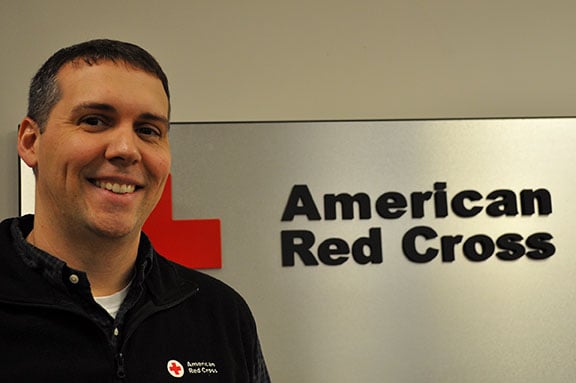 Stephen Hudson is the regional communications officer for the Palmetto SC Region of the American Red Cross. He said the Red Cross is in need of donations of all blood types. Photo by Sarah Ellis

Layne Bee sat back and clenched her fist steadily, sending blood from her arm through the IV tube and into the blood bag.

Off work for President's Day, the Spring Valley High School biology teacher spent part of her Monday afternoon donating blood at the Red Cross on Columbia's Bull Street. A sign outside read, "Heroes needed to help boost the blood supply."

Bee said she was moved to donate after she received several calls from the Red Cross and heard that last week's storms caused some blood shortages.

Thirty blood drives in the the Carolinas Blood Services Region, which includes some South Carolina counties, were canceled due to the inclement weather, said Kara Dudley, the region's communication programs manager. The cancellations resulted in 900 uncollected units of blood, she said.

She said the Red Cross is calling and emailing all eligible blood and platelet donors and everyone whose scheduled donation was canceled to help offset a weather-related shortfall in donations. Eligible donors are anyone who has not donated in the past 56 days.

"It is not a matter of making up for the lost numbers," Muldrow said. "It is a matter of rescheduling with donors as well as having sponsors reschedule blood drives."

Muldrow said platelet donors as well as blood donors of all blood types are needed now and will be needed in the coming weeks to help ensure blood and platelets are available for patients.

Winter storms caused the cancellation of about 265 Red Cross blood drives in the South and along the East Coast, resulting in nearly 9,300 uncollected blood and platelet donations. Before the last week, back-to-back storms already had canceled more than 1,000 blood drives in 34 states and Washington, D.C.

The Red Cross still has a need for financial donations, volunteers and blood donations, said Stephen Hudson, the Red Cross' regional communications officer for the Palmetto SC Region. He emphasized they are funded only by the donations they receive and staffed mostly with volunteers. Without donations and volunteers, "we wouldn't be here," he said.

Hudson said that the storms forced the Red Cross to open 26 shelters in Columbia and Charleston. Emergency response vehicles were sent out to feed people in several of the affected areas, Hudson said. The vehicles not only helped with "mobile feeding," as Hudson calls it, but also were also used to deliver food to local shelters across the region.

Appointments to give blood can be made online at redcrossblood.org or by calling 1-800-RED CROSS.

Bee said she tries to donate regularly, but it can be hard because she works during the day as a teacher. Her aunt and cousin work at the Red Cross and reminded her to donate on her day off.

"It saves lives, and it doesn't take a lot of time," Bee said. "Think about all of the people you could be helping in only the time you could be sitting at home watching a TV show or a movie."