A Spin & We're Off! Greek Week at USC Begins - DatelineCarolina 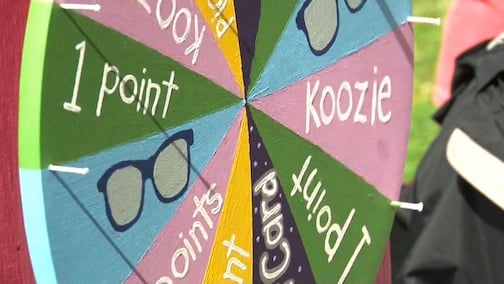 A Spin & We're Off! Greek Week at USC Begins 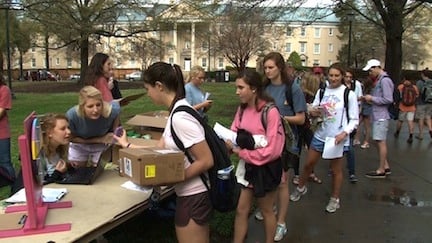 Students who are members of Greek organizations weaved a long line to sign in for the beginning of Greek Week Monday afternoon. 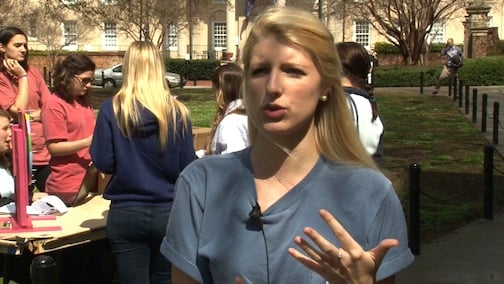 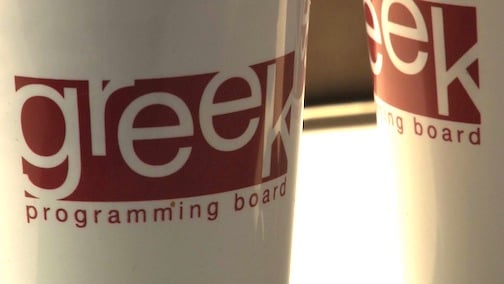 Greek Week is an annual competition organized by USC's Greek Programming Board.

Students who are members of Greek organizations showed organizers that they received an "A" on a test or quiz. In exchange, they spun the "Wheel of A's" to win prizes like cups, koozies or sunglasses, or to win points for their Greek organization.

Greek Week is a 10 team competition in which Greek organizations are paired up and compete in various events to earn points.

The competition is organized by Greek Programming Board which will crown a winner in the competition Sunday at Colonial Life Arena.

Meagan Crowl is the scholarship co-chair for Greek Programming Board. She said the Wheel of A's event Monday shows how important academics are in the Greek community.

"We tend to have a higher GPA than the average women on campus. So it's important that even though you take a lot of time out of your schedule to spend with this organization, it should be improving you both academically, socially and in other parts of life," Crowl said.

The Greek Week festivities include different events nearly every day this week:

Tuesday: The main event for the day is an evening Gamecock Trivia competition.

Wednesday: The Greek Week Blood Drive begins at noon, with donation buses in front of Thomas Cooper Library and at the Greek Village. The night's events include a screening of "Half the Sky," a documentary focusing on oppression of women worldwide.

Thursday: Greek Sing, a competition in which teams act, lip-synch and dance choreographed routines, will be held at The Cockpit Park at 901 Brookwood Drive.

Friday: The Greek Olympics will be at the Strom Thurmond Wellness & Fitness Center fields and will feature events including corn hole and a water balloon toss.

Sunday: The week closes with Greek Awards at Colonial Life Arena, where the winning team of Greek Week will be announced.