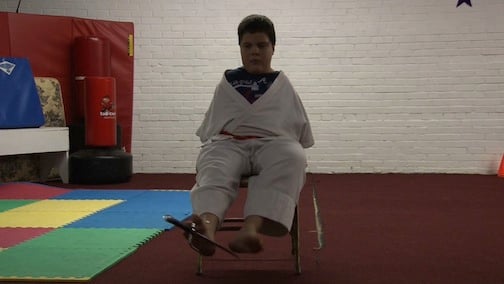 Saluda Teen Living Life to the Fullest Despite Facing Challenges 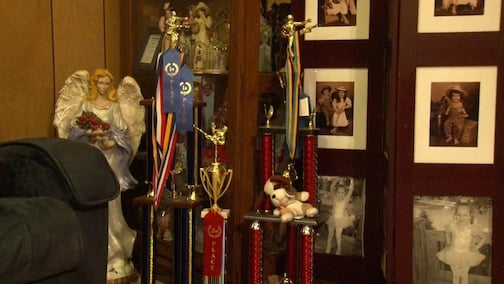 These are some of the trophies and ribbons that Travis has won for his performances in karate competitions. 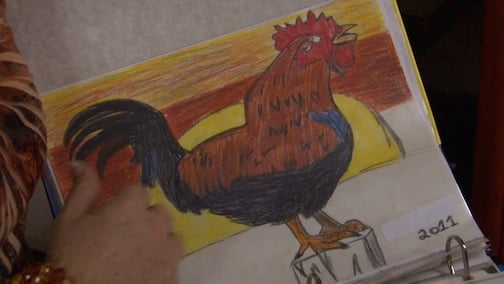 This rooster is one of many of Travis' pieces of art. This an example of what he is able to draw with his feet and sells at local festivals. 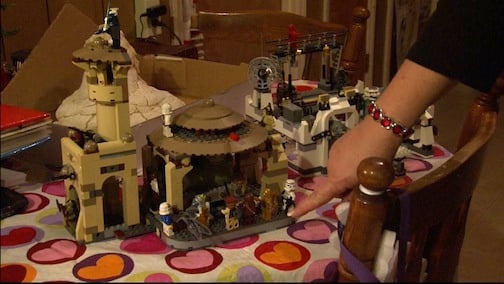 These are two Stars Wars Lego sets that Travis built with his feet. These sets both contain around 700 pieces and took almost 10 hours to complete.

Most people might not think twice about putting on a shirt or playing a video game. But these are things that took some time to learn for Travis Cunningham.

Travis was born without arms and with scoliosis, a condition in which a person's spine is curved from side to side. He has had several procedures done in the past to help with the scoliosis, including having a rod place in his back.

Despite all this, he is just like any other teenage boy. He loves playing video games, building with Legos, drawing, and loves all Gamecock sports. Travis even participates in karate where he is working toward his black belt. He will be participating in a karate tournament in Beaufort later this month where he has chosen not to be in the handicap division.

Travis' mother, Angela Cunningham, said Travis has always been confident and his karate has just added to that.

"Travis has never had much of a problem with confidence, anyways. He's always been outgoing and bubbly. I think it has helped his confidence even more," said Angela Cunningham.

Travis also draws and paints when not practicing karate or playing video games. He loves to draw mostly Gamecocks but will draw a Tiger occasionally only to keep his audiences pleased. He sells his artwork at Midlands festivals and, with the money he earned, bought his own X-Box.

After a couple minutes of playing video games with Travis, it became clear that I was no match for him. He easily beat me, even intentionally messing up at times to let me catch up.

Most importantly, not having arms has not slowed him down much. Many people say Travis is a huge inspiration and he teaches them more than they can teach him.

"I think he realizes more so that he can do anything that he puts his mind to as long as he just tries, and keeps trying, and doesn't give up... he teaches us all that," said Cindy Padgett, Travis' karate instructor.

Travis is in seventh grade at Saluda Middle School and plans to attend Saluda High in a couple of years. He hopes to attend the University of South Carolina.

In the meantime, Travis will continue to work towards his black belt and focus creating and selling more artwork.