Future of transit uncertain until after residents vote - DatelineCarolina

Future of transit uncertain until after residents vote 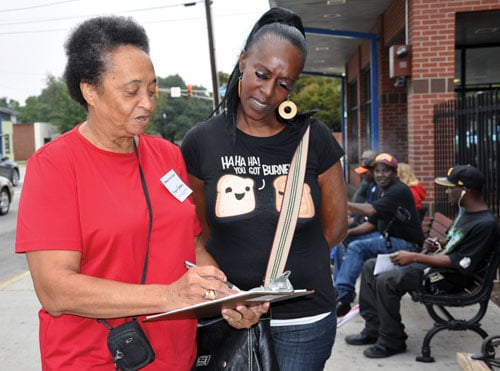 Virginia Sanders showed Evelyn Davis a voter registration form. Davis said she was registered but wanted to check on registering her mother. 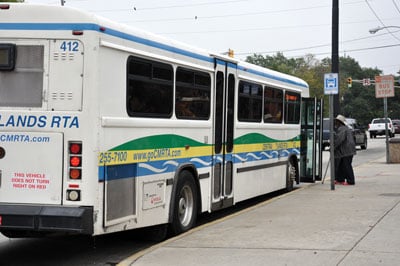 Columbia bus riders will not see a detailed plan for transit until well after November, when Richland County voters will decide on the 1 percent transportation sales tax. Although the Central Midlands Regional Transit Authority has developed its basic "Vision 2020" plan, bus advocates say the loosely based outline is troublesome.

The 22-year transportation sales tax would generate $939 million to improve roadways, transit and bike and pedestrian pathways. Of that total, roadways are set to receive the bulk of the money at 63 percent, about $656 million; transit would receive 29 percent, about $300 million; and pathways would receive 8 percent, or about $80 million.

Bob Schneider, director of CMRTA, recently held a press conference to illustrate his vision for transit, which he said would not be exact until July 2013. He said that he could not be more specific about plans yet because he does not have a planner on staff and that transit funds from the tax would not be immediately available.

"In year one, we don't get the first spendable dime until July 1," he said. "There's no extra dollar to spend. It's gonna be ready, aim, aim, aim, and keeping aiming until the dollars come in. We don't even know how consistent the cash flow will be. Once we know and we've done all our aiming, once we fire, we're ready to go."

In its current proposal for transit, CMRTA plans to buy 75 new buses and 25 small buses to serve neighborhoods. Also, the company plans to add 100 benches and 50 shelters to its bus stops throughout the city. Also, seven key routes will have buses running every 30 minutes during peak business hours. This plan is as specific as the company can get for now, said Schneider, because he will need to hold meetings and forums to allow riders to weigh in on where things should go and what routes need improvements the most.

"It's like putting the cart before the horse," said Schneider of having a detailed plan at this point. "The public is concerned, understandably, but I'm saying loud and clear: We have outlined that will have no less than 30 minute service at peak hours. I don't think that's echoing in."

Schneider said that if the tax were to pass, CMRTA would immediately begin planning for the funds that would come the following summer. The new buses could come as early as next summer, said Schneider.

Robert Liming, chairman of the Save our Buses Task Force, said a stronger, more detailed plan would have given voters more confidence.

"I'm laughing hysterically at Vision 2020," said Liming. "I know it's difficult to ask of them, but it's also very disturbing that we don't know specifically what's going to be done, until next July."

Liming added: "The difficulty here is we have a bus system that is bleeding terribly and is on life support. Others who support the buses agree. The outside study showed itself how to best expand it. I guess that's my frustration here."

Richland County Council was advised by international consulting firm Parsons Brinckerhoff, in a half-million dollar study in 2010, to fund the buses at 33 percent, roadways at 60 percent and pathways at 7 percent. This suggested formula would raise $16.5 million for transit each year, while the one Council approved will raise about $11.7 yearly.

Liming said this study should have laid the foundation for the County and CMRTA's plan for transit.