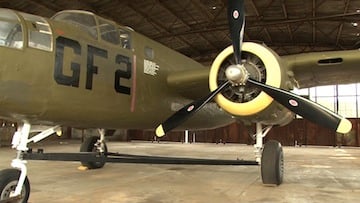 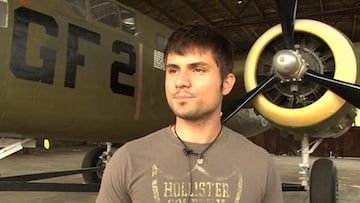 Graduate student Shane Lesko is working to create a preservation plan for the Curtiss- Wright Hangar. 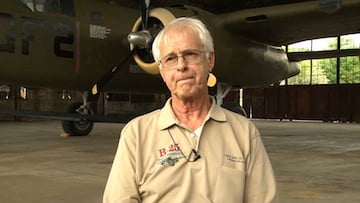 Ron Shelton is the Vice President of the South Carolina Historic Aviation Foundation, and is working to get a aviation museum in South Carolina.

On April 18, 1942 the Doolittle Raiders took off from the US aircraft carrier Hornet in the Pacific Ocean. Sixteen B-25 medium bombers and 80 Army Air Corps crew members made the first attack on Japan by Americans in World War II.

The mission was a one way trip and the crew either crash landed or bailed out over China. Six were captured by the Japanese, three were executed.  One B-25 even landed in Russia where the crew sat out the war.

The crews trained for the dangerous mission at the Columbia Army Air Base, now Columbia Metro Airport.

These bombings did minimal damage to Japan with most of the damage being done to the Tokyo area. The mission was however a huge moral booster in the U.S. because it was the first strike against Japan after Pearl Harbor.

People can remember their story through a B-25 Mitchell bomber that was recovered from Lake Greenwood. The plane crashed during a low level bombing run over the lake in 1944. Thirty-nine years later it was recovered and  restored.  It is now housed at Columbia's Hamilton-Owens Municipal Airport.

"This is the only remaining B-25 aircraft that we still have in the state of South Carolina that happened to be here in World War II, Shelton says. "And served here during World War II."

The South Carolina Historic Aviation Foundation will hold an event on April 21 celebrating the Raiders and their mission.

"We will have a display featuring the Doolittle Raiders remembering and honoring them on the 70th anniversary of their historic mission," said Shelton.

There is another 70th anniversary celebration that will be held this month at the U.S. Air force Museum in Dayton, OH. The five remaining members of the group will be present for the reunion.

The Doolittle Raiders mission is not the only historical event that makes South Carolina's aviation history rich. The Curtiss-Wright hanger, at Hamilton-Owen Municipal Airport, where the event will take place, also has a history of it's own and people are working to keep it around.

The hangar is the oldest existing aviation facility in South Carolina and was built by the Curtiss-Wright Flying Service in 1929. Many famous people visited the hangar including Amelia Earhart and President Roosevelt.

USC graduate student Shane Lesko is working to create a preservation and restoration plan for the hangar.

"There's a lot of old things in the world and you have to find the balance between keeping the old and then building the new," Lesko says. "And structures like this are one of the few examples you can justify keeping the old."

South Carolina does not have a significant aviation museum and the South Carolina Historic Aviation Foundation is pushing to get one because of the rich and interesting aviation history.