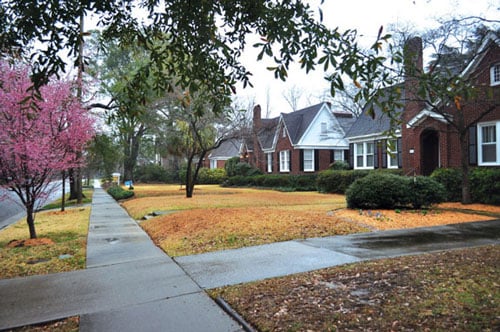 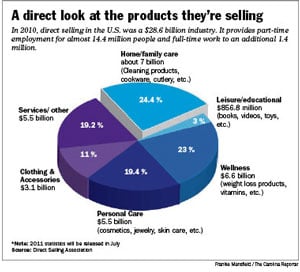 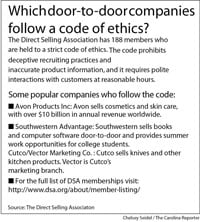 USC graduate Max Binstock saw an advertisement one day on his computer: "Are you competitive and want to work for yourself? Apply now!"

The ad was for Cydcor, which lives on door-to-door sales and relies on hungry young college students and recent graduates, among others, to close deals. Binstock heard from a friend it was a "sweet job that could make you a lot of money," so he applied.

"The only reason I did the job was because I needed something temporary," he said. "It was in the middle of the recession. I needed money, and no one else would hire me."

Binstock, who graduated in 2011 with a political science degree, is among the 8.6 percent of college graduates with a bachelor's degree who are unemployed, according to the Bureau of Labor Statistics, that's up from 4.3 percent in 2008.

Recent graduates have had trouble finding retail jobs because they are competing with people already in sales who are also looking for work until the economy improves, said University of South Carolina retailing professor Jeffrey Campbell.

Binstock says on an average day made $100. On his best day, he made $12,000. But the 28 percent commission wasn't enough incentive to stick around.

For several reasons, "it wasn't fun anymore," Binstock said. "So getting people to stick around and be good is basically luck."

USC senior Kayleigh Kemmy said she made $2,000 her first two weeks selling Cutco knives the summer before her freshman year of college and ended up selling $20,000 that summer. The next summer, as an assistant manager in Charlotte, she said, she sold part time around her office duties and made $14,000.

"I never looked at myself as a salesperson, especially coming out of high school, but I just followed the program. It's not like selling Girl Scout cookies," Kemmy said.

Her sales recipe was simple:

After chatting about her summer and maybe family, Kemmy said she would compare the knives to other brands, slice a penny with a pair of Cutco scissors and ask for the sale.

"The strategy that helped me become success is pretty simple: just keep going" past rejection Kemmy said. She described a rejection as "ripping off the Band-Aid early." Do that, she said, and you "have overcome the biggest fear of sales."

Campbell expects the retail industry to bounce back within two or three years. Until then, he says door-to-door sales might be right for some students.

"Certainly these students aren't the type that like to punch a time clock; they're the students that want to be challenged," Campbell said.

Many door-to-door salespeople work 80-hour weeks and rely mostly on commission. They are independent contractors, not employees, so companies, have little risk of losing money.

Despite Bureau of Labor Statistics predictions that door-to-door sales jobs will decline 15 percent by 2018, direct selling, of which 80 percent is door-to-door sales, was a $28.6 billion a year industry in 2010 – up from $28.3 billion in 2009 – according to the association.

Jim Gambrell, Columbia's economic development director, says he has noticed more college students in door-to-door sales in the past three or four years.

"I thought door-to-door was gone, passé," Gambrell said. "I think college kids more than ever before are trying to earn extra money somehow."

He said although the competition from online shopping is fierce, college students with self-confidence can persuade people behind a door to buy a product face-to-face easier than any online retailer.

Some recent grads say they were surprised how lucrative the job can be.

Jon Paul, 27, started working for Sterling Glass, a company that repairs chipped windshields and cracked shower doors, after graduating in 2007 with a business administration degree from USC Aiken.

Paul says he had several opportunities but decided to take a risk and work for commission.

"I tried auto sales, but the hours were strenuous," Paul said. "I basically want to be my own boss one day, and in a straight-commission job the sky is the limit."

Paul is now the sales manager and chooses to go door-to-door instead of sitting in an office. He says his job in the field fits nicely with his wife and 7-month-old son at home.

"Knockin' on doors isn't that bad. You meet a lot of people, you leave business cards, you build up a reputation," Pail said. "When I make enough money, I go home."