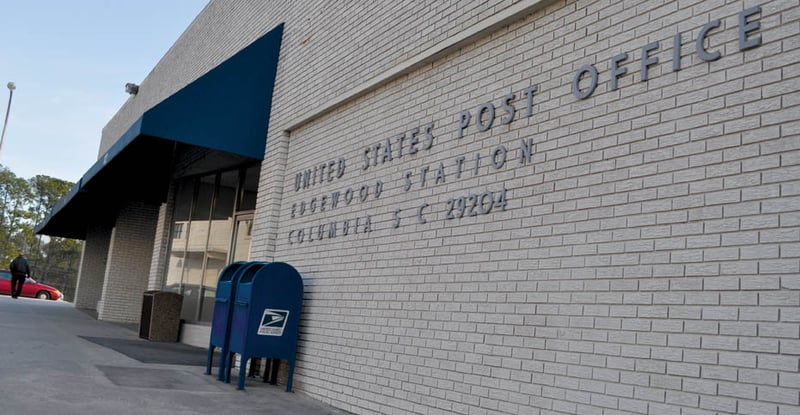 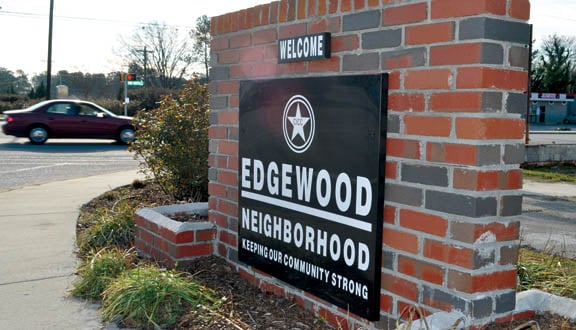 The Edgewood community, where nearly 60 percent of people live below the poverty level, rallied to save its post office in 2009 through a series of community meetings and letters to congressmen and the postmaster general. 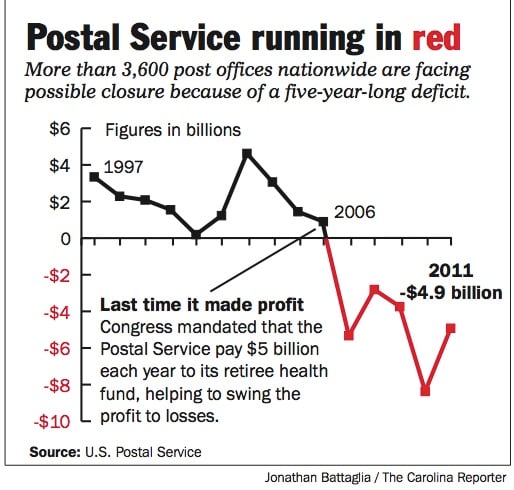 Tucked in the corner of a Two Notch Road shopping center, Edgewood's post office is again close to joining the boarded-up storefronts around it.

The post office was first threatened with closure in 2009, but the community, where 60 percent of residents live below the poverty line, rallied to save it. It's back on the closure list again because the Postal Service is fighting to close a budget gap that was $3.3 billion in just the last quarter of 2011.

"Sometimes the community feels like their voices are not heard and they're not important," said Michelle Spradley, director of the Midlands Math and Business Academy, a charter school in the Midland Shopping Center. "Closing our post office would only exacerbate that feeling."

The post office, which serves the 29204 ZIP code, just north of Covenant Road with about 2,600 residents. That it's in danger once again is a concrete example of the money troubles plaguing the Postal Service, as more first class mail is replaced by the Internet.

But it's a scene likely to play out in many places – currently 26 in South Carolina and more than 3,600 across the country – in danger of losing a community touchstone as the Postal Service tries to stanch the red ink.

"What they're doing is transferring the cost to the customer," said Steve Hutkins, founder of the Save the Post Office blog.

Hutkins, a literature professor at New York University, teaches a course titled "A sense of place: a study of how we experience places and how they shape us." He began advocating for post offices when his local post office in Rhinecliff, N.Y., was in danger of closing.

He said post office closings most affect people who can least afford it.

"People will have to drive or pay a bus fare to get to a post office when they used to walk," Hutkins said.

Bob Brown, who lives about six blocks away from the Edgewood post office, said he often walks there, as do much of his neighbors.

Nia Alvarez said she goes to the post office at least twice a week to mail packages and buy stamps.

"The people at the counter are really helpful," said Alvarez, 29. "I would hate to see them close."

Matthew Cazessus, a sociology professor at Greenville Tech, said a community that loses its post office loses a chance for unplanned social interaction between residents that builds community bonds.

"A neighborhood that doesn't have institutions in it will tend to be more diffuse," Cazessus said. "It will be either absorbed into other areas or there won't be a real sense of place for the people who live there."

Spradley's charter school has a postal box at the Edgewood branch to reduce the risk of important mail being lost or stolen. If it closed, she said, employees would have to go downtown to get their mail.

But Spradley said she is most concerned about the effect of another business closing in the community.

To the left of the brick post office are two vacant storefronts. On its right, three small offices are flanked by a large empty space designed for a department store.

Pam Adams, who works at a Covenant Road car lot, said area businesses rely on the post office for its flat-rate shipping.

"It would be a pain in the butt if it closed," said Adams, who signed a petition to keep it open. "There's a lot of small businesses that rely on it to do business."

In 2009, McBride encouraged residents to write to their congressmen and the postmaster general. The strategy worked, and McBride said he hopes the post office can be saved again.

But resident Rodney Nelson said the post office could help itself by staying open for lunch. The branch closes from 11 a.m. to noon on weekdays and all day on weekends.

"It's inconvenient for people," said Nelson, 68.

Bruce Cullom, the owner of a Two Notch Road auto shop, said he goes to the post office almost every day to buy stamps and send parts. When the Postal Service kept the branch open in 2009, "we were hoping the issue would just go away," he said.

There's a national moratorium on closings until May. If the Edgewood branch is on the final list, the residents will get a chance to speak at a community meeting. The entire process takes about nine months, Postal Service spokesman Harry Spratlin said.

Edgewood has had a post office since 1952, Spratlin said. It's been at its current location since 2000.

The office is under review because of relatively few customers and its proximity to other branches –two miles to the Forest Acres office and 2.2 miles to the Five Points office. Spratlin said he didn't have financial information specific to the Edgewood branch, but that 617 of the 917 postal boxes are in use.

"Without it, anybody and their brother could see who we're mailing to," said Manning, who is also on the Richland County Council.

He estimates the 20-minute round trip to the nearest branch would cost about a day-and-a-half worth of employee time a month. Manning said he wishes people were paying more attention, but that there is a certain resignation.

"The second time, people are starting to think, 'Well, they're going to close it anyway, so why fight it?'" he said.