Nothing could stop voters at Barr Road - DatelineCarolina 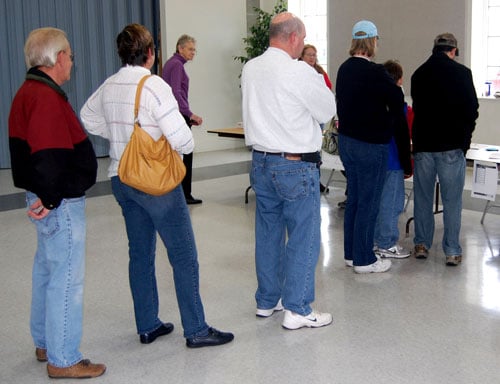 Nothing could stop voters at Barr Road 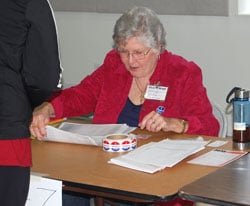 There were a few cars in the parking lot at Lexington Presbyterian Church on Barr Road and one lone sign, a simple piece of paper reading "vote" and an arrow underneath pointing to the back of the building.

Voting normally takes place in the church's kitchen and cafeteria. But on this Saturday, which the state Republican party chose for its primary to stay ahead of Florida, church volunteers were busy cooking for the next day's service, so voters were pushed to the back room.

Still the voters came. Some with their spouses and children, some alone, but all with a purpose.

Jeff Kerby, a lieutenant colonel in the National Guard, said he was a one-issue voter.

"It comes down to who should be my commander in chief. As a person that has that issue it was very difficult, it was very vague as to the limited experience of all of the candidates," he said.

And it wasn't until Saturday morning that Kerby settled on former Pennsylvania Senator Rick Santorum because of his experience on the Senate Armed Services Committee.

Mike Snelling wasn't even sure he was going to vote until Friday night when he realized how much support former House Speaker Newt Gingrich was gathering. His vote was for former Massachusetts Gov. Mitt Romney.

"I noticed lately that Gingrich is getting a lot of support, and I thought the best person to beat Gingrich would be Romney," he said.