Voters in Boiling Springs precinct decided at the door - DatelineCarolina 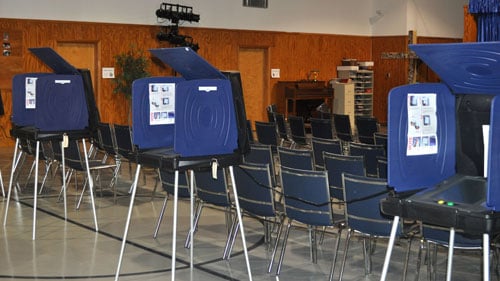 Voters in Boiling Springs precinct decided at the door 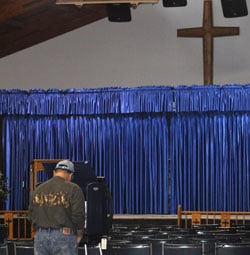 Voting at Boiling Springs United Methodist Church was in the church's gym and meeting hall.

Patsy Amick voted for Mitt Romney. Her husband, Harvey, voted for Rick Santorum. But they both agreed that they could not decide whom to vote for until they walked through the doors of Boiling Springs United Methodist Church.

Despite heavy rain, they were among a steady stream of voters pulling into the church's dirt parking lot throughout the morning. Precinct captain Neil Craps said there was a line when the polls opened at 7 a.m. and that 100 people had already voted by 10, about normal for the precinct.

Both Amicks said that if their candidate does not ultimately get the nod, they would "absolutely" support the Republican nominee.

"There's no way I'm going to vote the other way, for the other party. Whoever wins I will support," Patsy Amick said.

Harvey Amick said he voted for Santorum because he likes the Pennsylvania senator's family values. He said one of his main issues was Social Security. He doesn't like it when it's labeled as an entitlement.

"Yeah, we're entitled to it because we paid getting to it," he said.