Personal essay: How my sweet revenge got trashed - DatelineCarolina

Personal essay: How my sweet revenge got trashed 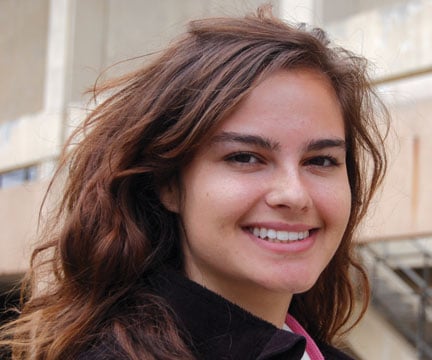 I've gotten stitches only once in my life. I was rushed to the emergency room after receiving a serious head wound from losing a fight with a garbage can. Needless to say, at age 12 I learned not to pick a fight with something bigger than me or something with a swinging lid.

Driving home from school one afternoon, I got in a fight with my mother, most likely about the normal preteen drama that I thought plagued my young life. It went back and forth until finally my mother was fed up with my bratty behavior and I was punished. My sentence was waiting for me when we got home; I had the chore of bringing in the trash can from the street. Ugh, if there was anything that I was above, it was doing chores. My younger sisters taunted me with their cries of "Ha, ha, you get the stinky job. You're going to smell!" Their teasing only fueled my growing adolescent rage.

To set up the upcoming scene, let me tell you a few key points. First, my family lived in a beautiful house at the top of a steep hill. The driveway went up an almost 60-degree slope. I never dared ride my bike down this hill for fear of wiping out; I was the most accident-prone of the three girls. Second, the blue Waste Management trash can had an attached lid that swung closed rather than a separate lid. Cue back to the scene.

As we turned down our street, an idea formed in my mind. Before the silver Toyota 4-Runner had come to a stop, I had already opened the door and leapt toward the trash can. If only I could reach the driveway with my loathsome burden before the car did.

My plan was simple. If I was going to do this remedial chore, then my mom and sisters were going to wait on me. I wanted to reach the driveway before the car so I could take my time walking up to the garage. Well, I pushed with all my might to get the trash can up the curb. Wrong idea. On impact with the sharp incline, the lid came around and hit me squarely on the head, knocking me out.

No one seemed to care that I was out cold on the pavement. My mother kept driving up to the house. When I had yet to pick myself up after a solid 20 seconds, she shouted, "Kimberly, don't be such a drama queen!" I slowly regained consciousness and touched my head. It felt wet. I looked up at my hand and saw that it was covered in dark red blood. I had never seen that much blood, and I experienced my body going into shock.

On the way to the hospital, I remember telling my mom I heard the angels calling my name and the white light. I was delusional, but it worked. I never was asked to take in the trash ever again.