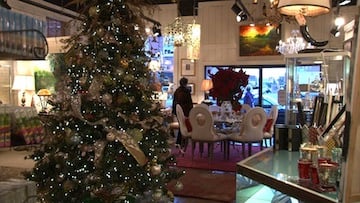 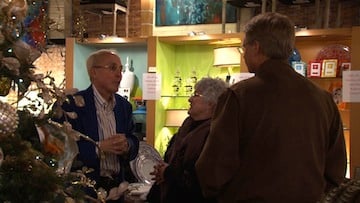 It is officially the holiday season in Columbia's popular Vista district. Businesses there say they are benefiting from holiday celebrations in the area like last week's Vista Lights.

Paul Sloan Interior's Jackie Adams has been watching the holiday celebration grow for the past 26 years and says it is key to putting the spotlight on small businesses like her own.

"Events like that, like this, bring people down here that normally aren't and that don't live down here and they may not shop down here as a rule," she said.

Adams says the event doesn't "make or break" the holiday season, but she can't under-estimate the number of people that come into the store during the district's holiday parties.

"A lot of people think that this store and others down here are too high end for them and I think if they come in and they see what we actually have, then they realize that it's not," Adams said.

President of the Post No Bills advertising agency Doreen Sullivan believes it is important to bring awareness to small business and remind people to shop locally this holiday season.

"We have to start a paradigm shift," she said.

She said local shops compete with malls and bigger chains, but said shopping local is like going green or starting a new habit.

"So yes people are going to go to other shops, but if they can save some of their dollar and start shopping locally, it means everything," Sullivan said.

People like Adams and Sullivan believe the Vista can be the place where new shopping habits begin and want local shops to be your "new go-to stop" for the holidays.