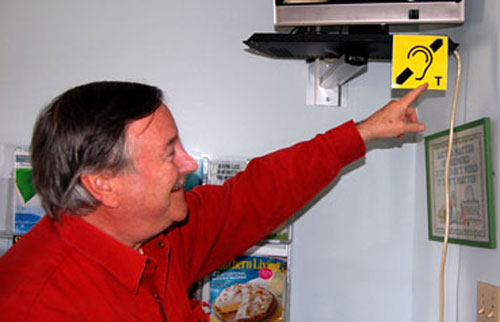 Method to help those with hearing loss gains attention 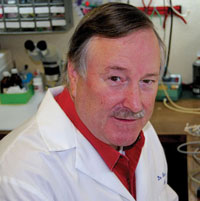 Audiologist Ben Dawsey has paid for loop systems to be installed in churches and a theater in the Upstate.

For Spartanburg audiologist Ben Dawsey, paying $8,000 to have a hearing loop system installed at his church wasn't just being a good Samaritan.

Dawsey has hearing loss in his left ear and didn't think he was getting all he could out of his hearing aid. So he had a loop system – essentially a wire that sends an electromagnetic signal picked up by a hearing aid's magnetic coil – installed at home to hear the TV better.

Then he realized many of his fellow parishioners at Bethel United Methodist Church had the same problem, so he paid for the loop system there.

"Loop systems make it sound like the preacher is right in their ear," he said.

Dawsey, through his Audiology Associates, has now paid to install loop systems at eight Upstate locations since 2009, including seven churches and Spartanburg's Chapman Cultural Center.

The loops, more common throughout Europe, are starting to show up in the U.S. South Carolina now has 13 "looped" churches and auditoriums, according to the South Carolina Academy for Audiology.

David Myers, a psychology professor at Hope College in Michigan who is hard of hearing, helped get the ball rolling on hearing in the U.S. with his "Let's Loop America" initiative. Many churches and public places in Holland, Mich., where he lives, now have loop systems installed. In New York City, many subway fare booths as well as stadiums and museums also have the systems.

A home loop system can cost as little as $100, Dawsey said. A smaller church will cost around $2,500, while a large theater can cost upward of $20,000, said Scott Peyton, who owns Michigan-based Wireless Hearing Solutions and has worked with Dawsey to install loop systems.

The technology has been around for decades. It was originally used in telephones, which led to the term "telecoil" for the small magnet in hearing aids that picks up the signal.

In Europe, where many governments cover hearing aids under health insurance, they must have telecoils. As a result, many public places such as train stations and airports have induction loops, said Peyton, who traveled to Europe to learn more about the technology.

The Hearing Loss Association of America says about 36 million Americans have hearing loss to some degree, including one in three Americans 65 and over.

Most churches now have sound systems that broadcast an FM radio signal and people listen through headphones, Peyton said.

However, some people are uncomfortable using a headset, especially in church, and many churches don't have enough headsets, Peyton said.

"With hearing loops, the wearer is utilizing their own hearing aid. The sound is as good as their hearing will allow," he said. "I've had people cry with emotion because they're so overwhelmed with the quality of sound."

Dawsey says members of his church were embarrassed to wear the headsets and did not like sharing them for hygiene reasons.

Bethel U.M.C. referred questions about its loop system to Dawsey.

Dawsey, who met Peyton at an audiology conference in 2008, identifies prospective churches and Peyton does the installation, often with Dawsey's help. Dawsey says there are no local installers and that he works with Peyton because "he's the best I know."

Dawsey said he approached the Chapman Cultural Center shortly after installing the induction loop in his church because many of his patients visit it.

"We probably would not have been able to afford it without Dr. Dawsey," said Steven Smith, the center's technical director.

The center's 500-seat David Reid Theatre had two loop systems installed around the main floor and in the balcony for $8,600. Peyton handled the three-day installation.

Dawsey wants to expand the use of loop systems throughout South Carolina.

"To get the loops moving, and get people using it, we had to install it in several places to gain interest in it. At some point, we felt like other places would see it and go ahead and purchase it themselves," Dawsey said. "If we could get enough churches and enough people talking about it, they would go back to their church and demand it."

Dawsey said isn't paid by Peyton for referrals. The installations he pays for take away from his company's profits and are business expenses, he said.

Central United Methodist Church in Spartanburg decided to install a hearing loop after hearing about it at other churches. Senior pastor Alex Stevenson says his wife has hearing loss and uses the church's loop, enabling her and other parishioners to hear services.

Dawsey said he has approached several banks in the Spartanburg area, although none have made any formal plans.

"I want to get it to a tipping point," Dawsey says. "And we're just about there, especially in the Upstate."